(1) If you only read one book this month about the music industry, make sure it John Niven’s Kill Your Friends. It won’t tell you anything you don’t already know about this den of thieves, numpties, losers and sinners, but …

(1) If you only read one book this month about the music industry, make sure it John Niven’s Kill Your Friends. It won’t tell you anything you don’t already know about this den of thieves, numpties, losers and sinners, but it’s a hugely entertaining yarn nonetheless about obnoxious A&R man Steven Stelfox dealing with the filth and the fury of the London music industry in 1997, a time when that filth and fury was at its most impassioned and depraved. Part of the fun for me lies in the fact that Niven used to work at London Records and some of the characters are very easily recognisable to anyone who worked in that particular madhouse. That said, everyone should get a chuckle out of the account of Stelfox dealing with bad German trance. The film version should be a howl.

(2) The future of the record shop? That could be Rough Trade East or Pure Groove, both in east London and both checked out during a weekend hop across the water. Coffee, comfy sofas, free wi-fi, instore stage, gallery space, friendly staff: it’s certainly a brand new future for anyone used to less salubrious retail offerings. What’s interesting too is the lack of depth when it comes to back-catalogue with both shops really just holding new and recent releases (and just a smattering in the case of Pure Groove) and refering you online for the rest.

(3) The U2 backlash is really getting into gear. While it’s obvious that the band can deal with the Sunday Indo’s fuming by actually doing an interview with them (that seems to be the problem there when you read between the lines), it was interesting to see The Observer’s Miranda Sawyer note the very close links between U2′s label Universal and the Beeb (a point also raised last week by Record of the Day). And those tax issues just won’t go away. Meanwhile, back with the music, On The Record readers continue to fume about the album or, in the case of U2 diehards, attack those who are criticising the album rather than arguing about their criticisms of the album.

(4) Spent a pleasant hour or so taking in the ambitious Altermodern expo running at the Tate Britain at the moment. Concentrating on the very elastic notion of interactivity between artist and audience, it’s a mixed bag in every sense, ranging from Katie Paterson’s beautiful, exacting gallery of dead stars to Nathaniel Mellors’ dreadful Giantbum film. A far more altermodern pursuit is to take the boat across the river to the other Tate and marvel at the fact that the Thames is the quietest place in London.

(5) Well, that was fun while it lasted. At least, this has kicked in again.

(6) A full house at Whelan’s in Dublin last night for the Passion Pit and Hockey love-in. Really impressed by Hockey live whose performance whacked you right between the eyes with its power and panache. Naturally, “Too Fake” brought the house down, but they have plenty more in the canon too. Loads of hurrahs for Passion Pit too, who have the songs, if not quite the performance smarts right now, for the long run. Both bands will be back apparently for Oxegen.

(7) Actually, Hockey reminded me a lot of this tune

(8) Gold stars all round for The Class and you can’t argue with those reviews of Laurent Cantet’s excellent film. It’s a look at contemporary France through the eyes of a classroom, which will remind some of you of how David Simon used series 4 of The Wire to present an alternative view of Baltimore. Fantastic acting too from a cast who had very little acting experience before Cantet’s cameras rolled.

(9) This week’s new music obsession: DM Stith. Nice piece on him in yesterday’s Observer ahead of the release of his “Heavy Ghost” album on Sufjan Stevens’ Ashmatic Kitty label. 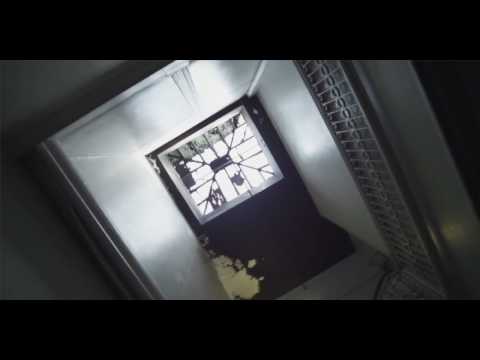 (10) From the parish newsletter: regular On The Record poster Mumblin’ Deaf Ro gets his reissue freak on via the hugely prolific Indiecater label. Ro’s 2003 debut “Senor, My Friend” is the release under the microscope and the new digital version comes with three bonus tracks. Check out the album, download “The Hero Is A Graduate” for free and spend four euro on the rest of it.

(11) Finally, it is Choice Music Prize week. In Choice-related clippings, Una talked to The Script (who are going to win with ease) and Nick Kelly, the best music writer at the Irish Indo, had a close look at the runners and riders before reckoning it’s the Year of the H (Holmes, Hannigan or Halfset). The fun happens on Wednesday night and will probably continue here on Thursday morning.