SXSW Music: we need to talk about what happened last night

Traditionally, the Tuesday night of SXSW has been the quiet one in Austin, TX. The out of town nerds are returning to where they came from (San Francisco, New York and Swinford mostly) and the musos are rolling into the …

Traditionally, the Tuesday night of SXSW has been the quiet one in Austin, TX. The out of town nerds are returning to where they came from (San Francisco, New York and Swinford mostly) and the musos are rolling into the city. There is a real changing of the guard feel to the proceedings, like swapping Fianna Fail for Fine Gael so to speak (look, that comparison made sense to me 30 seconds ago).

This year, though, there were a slew of official showcases on Tuesday night. Many bands, fans and music delegates are already in town and it was seen as a good idea to put on some shows to get everyone in the mood. You can probably expect a sprinkling of official shows on the Monday night in 2012 – after all, most acts probably prefer to play at the start of the week rather than come in and play to audiences of zombies on Saturday, which is usually the case.

I caught a couple of acts last night, including a hugely impressive Jamie Woon. Many of you will already know about Woon’s great taste in remixers – check two tasty cuts out below – but Woon in the raw, so to speak, is also an enticing proposition. While the remixes hint at a potential James Blake 2, Woon has other ideas mainly because he’s coming from another department entirely (a Brit School grad, for a start). He has a lovely soulful drawl and the songs are subtle, gentle, tender and flexible enough to allow all those post-dubstep and wonky rerubs, yet also stand up on their own. The performance is slender and subtle (he has a killer band who know both that less is more and when not to over-varnish those shy licks) but, boy, does this sound and those songs drag you in.

“Lady Luck” as remixed by HudMo

After accidentally seeing the Foo Fighters (an accident I hope never to repeat), the big hit of the night came with California’s Fitz & The Tantrums who were playing at Stubbs, one of the best venues in town. This was the real deal: a hot to trot band of soul-funk hands fronted by a hyperactive soulman Michael Fitzpatrick and a super-hyperactive sidekick soul sister Noelle Scaggs. Huge meaty songs with hooks which dug deep within your ear and dragged your feet in a dancing direction. A smashing stew of Stax, Motown and some of the purebred indie sensibility. Man, what a band! 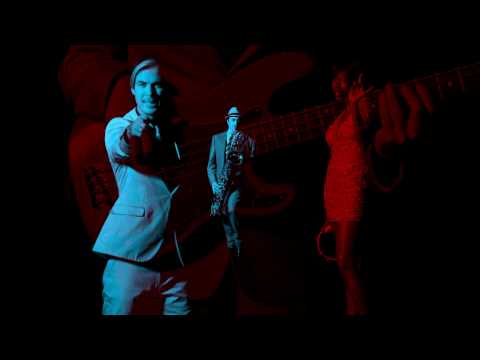