The randomiser is in the mood for mischief

As reported by OTR last week, Gorillaz play Dublin’s O2 on September 22. Tickets at €59.80 a pop go on sale on Friday week (May 21). The press release refers to this as “Gorillaz Live Show to Ireland for First …

As reported by OTR last week, Gorillaz play Dublin’s O2 on September 22. Tickets at €59.80 a pop go on sale on Friday week (May 21). The press release refers to this as “Gorillaz Live Show to Ireland for First Time” which will come as news to those who saw the band at Dublin’s Olympia in June 2001.

Big thanks to everyone who turned up for the Bumper to Bumper headphone disco with myself and Michelle Doherty at the Dublin Dance Festival’s opening night bash in Meeting House Square at the weekend. It was fairly surreal to look out at a packed silent square bopping along to Battles. And yes, we’d love to do more of ‘em…

While music sales went up in ’09, it was a different story with DVDs with a 5 per cent dip in UK sales due to Ye Olde Recession. Would be interesting to know, all the same, if this also applies to TV box sets.

Megan McArdle shakes a fist at file-sharers, while a bunch of musicians deliver their own riposte at her article in The Atlantic.

Remember Himself? This was the Irish answer to Loaded magazine which hit the shelves in the late 1990s and didn’t really hang around too long. This piece on Joe, a new website aimed at Irish men, reminded OTR of Himself. “As a man who uses digital media a lot, I knew there was a gap in the market,” says site boss Niall McGarry. ‘‘I would regularly use sports websites, but I found they didn’t have an Irish slant. Digital just hasn’t found its feet yet in Ireland.” Stop the lights! “Digital just hasn’t found its feet yet in Ireland”? Jaysus, Niall, where have you been, lad?

Time magazine on alternative strategies for the record industry. Does not include any mention of signing Jedward and/or Crystal Swing.

Thumbs up again for MasterNation, the Ticketmaster and Live Nation love child. Let’s get it on! Wonder what’s next on the MasterNation shopping list? MCD? OTR? IKEA?

Snark-attack! Someone better tell Hot Press that they’ve mistaken lil’ Conor O’Brien for Frederick Forsyth as they seem to think that the new Villagers album is called “Day of the Jackal”. Wonder how long it will take ‘em to “fix” that one? Next week: Niall Stokes waxes lyrical about classic U2 album “The Joshua Three”.

Free Brass! You can check out “Spottie”, a cut from the new “Heritage EP” from the Hypnotic Brass Ensemble via Dublin label Choice Cuts, and a video on the making of the EP here.

I suppose it’s one way to get a free venue for the Christmas party. Bank Of Scotland (Ireland) now own Galway’s GPO nightclub as it goes into receivership .

And finally, OTR is in the mood for shenanigans this week. All decent offers considered. Bring it on… 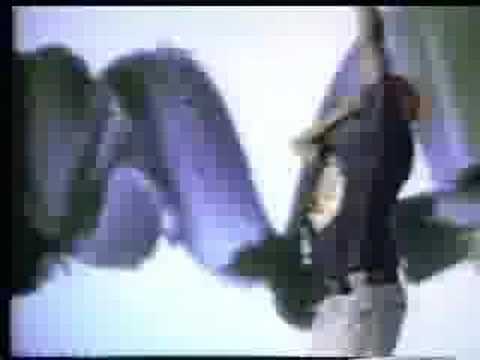