Incoming: Beirut play Dublin’s Tripod on August 24, their first show in the city in over three years. Mmm, must be new music on the way too. Attention all OTR readers who like to communicate in 140 characters or less: …

Incoming: Beirut play Dublin’s Tripod on August 24, their first show in the city in over three years. Mmm, must be new music on the way too.

Attention all OTR readers who like to communicate in 140 characters or less: @jimcarrollOTR

Incoming (part two): seeing as the first show sold out, Lenny Cohen has said “and why not?” to a second date at Lissadell House, Co Sligo. Tickets for the additional show on August 1 are now on sale.

A new national anthem for Ireland! So what do you think of “My Blood Is Boiling for Ireland”? The song’s composers, Kalle Ryan and Enda Roche, describe it as: “Run DMC meets the Dubliners in a primary-school Irish-language class”.

Ladies and gentlemen, the record industry woes are OVER! Sales of recorded music in Britain in 2009 rose for the first time in six years with income increasing from £916 million to £929 million. It’s all down to digital as digital sales rose by 53 per cent, while physical formats continued to drop (down another 6 per cent).

Not incoming: it seems LCD Soundsystem can’t sort out replacement dates for those two Tripod shows which were 86′d last week due to volcanic circumstances. Your next chance to see the band in this neck of the woods will be at the Electric Picnic.

“Between Two Waves” is a new free compilation from online label Eardrums Pop (OTR regular Tenacious Tim is one of those working behind the scenes) featuring 38 tunes especially written and recorded for the album as collaborations between bands. Even the artwork which goes with the release came about via a collaboration between illustrators. As most of the acts have chosen new names for the collaborations, you may not recognise some of the names at first, but there’s full details in the downloadable booklet about who’s who. The album can be streamed or downloaded and don’t forget the booklet.

If, like me, you were one of those who spotted a series of black-text-on-red-background pieces in various pages of The Irish Times over the last few weeks, you may have wondered what it was all about. The pieces were part of an artwork called Stereo JLG / the editing of the trailer by Irish artist John Lalor and there’s full information on the project here. Lalor will be in conversation with Maeve Connolly from Dun Laoghaire Institute of Art, Design and Technology and Christina Kennedy from the Irish Museum of Modern Art at the Oonagh Young Gallery in Dublin on May 6.

The quality Irish releases keep on coming. If I was to compile that list of my five favourite Irish acts right now for Nialler9′s Irish week this week, I’d certainly try to shoehorn New Amusement onto the list. Forthcoming debut album “My Captain” for the Any Other City label is a bit of a wow.

Anyone got any fat laces? I’m going to do an old-school hip-hop hour on The Far Side tomorrow night so all suggestions welcome. Tim Dogg may or may not feature.

One for the diary: the awesome James Blake is coming to town. The dude’s recent “The Bells Sketch” EP for Hessle Audio was a thing of great joy, another grandstanding demo for Blake’s slo-mo bass-funkathon. When you add this to his Harmonimix hip-hop buzz and forthcoming EP for R&S, you can understand the fuss around him. Blake plays at Wobble (Twisted Pepper, Middle Abbey Street, Dublin 1) on May 7.

We’re hearing rumours about some Kings Of Leon summer shows in Dublin. Once we have more info on this, we’ll let you know so you can get the hell out of the city.

The teachers who taught Arctic Monkeys, The xx, Joanna Newsom, Leona Lewis and Muse how to rock.

And finally, the future sound of Hull. 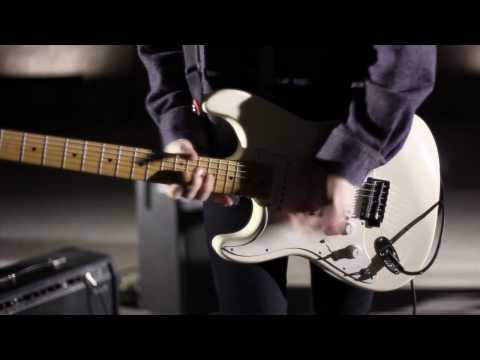