All your previews for a bumper Gaelic games weekend 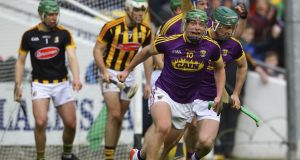 MUNSTER SFC SEMI-FINAL Cork v Tipperary, Páirc Uí Rinn, 5.0 – live on RTÉ 2
After pulling off last year’s once-in-72 years number on Cork, Tipperary crossed a line in terms of expectation and status. The win could either be a large historical footnote or the natural progression from much improvement at under-age. Reaching an All-Ireland semi-final for the first time in over 80 years had echoes of the latter but how many people would have expected them to repeat the dose 12 months later?

On one level the road stretches onwards: Cork football is suffering from a crisis of confidence unseen in perhaps decades but certainly for 15 years. The laboured win over Waterford confirmed as much and next season they will have Tipp as peers in Division Two.

Unfortunately for Liam Kearns’s side the last year hasn’t been one of unmitigated progress. Players have been lost to emigration, injury and latterly suspension but they still can field 10 of the players that won last year’s fixture and on league form Michael Quinlivan and Conor Sweeney are as threatening as ever.

Cork are forewarned and this will have to be won from the front. In the background is the desire to get to open the new Páirc Uí Chaoimh in a Munster final. That and the less ephemeral motivations of revenge and self-respect can get them over the line – just. Verdict: Cork

CHRISTY RING CUP FINAL
Antrim v Carlow, Croke Park, 5.0 – live stream on TG4.ie
Managers Terence McNaughton and Colm Bonnar lined up against each other in the All-Ireland final of 28 years ago and today take their teams into Croke Park for the most significant Ring final with the new dispensation to enter the senior All-Ireland championship.

The counties face each other for the fourth time this season with the added bonus for the winners that they proceed to a Liam MacCarthy qualifier against Laois in two weeks’ time.

There’s been very little between them but Carlow have yet to do better than the draw in round two of the league campaign in 2A from which Antrim eventually secured promotion. The Ulster side has proved itself physically and – as acknowledged by Bonnar – mentally resilient and they have the added impetus of having lost last year’s controversial replayed final against Meath.

LEINSTER SHC SEMI-FINAL
Wexford v Kilkenny, Innovate Wexford Park, 7.0 Live Sky Sports 3
The feeling that something isn’t quite right when Kilkenny are publicly lined up for execution on the basis of a league defeat isn’t completely reliant on an outdated perception of the Leinster champions at their awesome best.

Wexford have undoubtedly had an excellent spring. Charged up by David Fitzgerald’s management protocols they have returned to the top flight of league hurling and the defeat of Kilkenny in the Nowlan Park quarter-final was genuinely groundbreaking.

There is a central concern, though. Can Wexford come with something new? If there is one thing that we know about Brian Cody’s Kilkenny is the detailed nature of their grievance banks. Fool him once, well done; fool him twice – when was that?

Word is that Kilkenny have been practicing 17-a-side to sharpen up in crowded environments; they’ll be ready.

Look at the replay record and the fate of Galway in 2012 and then speculate whether the champions will have a plan for Saturday evening. Wexford will be aware of that but is it realistic that they can unveil an entirely new strategy?

Wexford Park has an aura that will undoubtedly help the home team but other straws in the wind aren’t as promising. Injury has sabotaged Liam Óg McGovern’s comeback and David Dunne – a goalscorer in April – is reportedly out with a hamstring pull.

Kilkenny, on the other hand, expect to have Michael Fennelly back in harness – a huge boost – and even Pádraig Walsh is given a shot at taking his new position at full back. Liam Aylward is back after a year and scoring goals where he left off in 2015.

The home side cannot be written off. They are particularly well suited to the system they have adopted. Lee Chin has been wonderfully imposing both as a ball winner and scorer and Conor McDonald was a formidable player in the league match. The team play with power and commitment.

Kilkenny are in long-term decline but they have quality and are hardwired to defuse threats, even as formidable as this. That will decide it.

ULSTER SFC QUARTER-FINAL
Cavan v Monaghan, Kingspan Breffni Park, 2.0 – live on RTÉ 2 and BBC 2
Malachy O’Rourke continues to work wonders in Monaghan and the first-round win over Fermanagh showcased an impressive imperturbability when things went off-script in the first half. Jack McCarron’s form up front has been a talking point but Conor McManus also demonstrated a welcome return to sharpness.

On the face of it Cavan are a few steps back compared to their neighbours who took two of the last four Ulster titles. Yet there has been just a point between them in the most recent championship meetings and in the spring a league fixture ended in a 0-7 each draw – further evidence of the intense rivalry between them.

Cavan were competitive in the league despite relegation and had good performances from main players like Gearóid McKiernan and Killian Clarke.

The enduring difference between the teams is likely to be Cavan’s difficulty in building scores. In that context, Dara McVeety’s injury is all the more unwelcome. Even allowing that Mattie McGleenan’s team will defend in numbers, Monaghan have an extensive toolkit for that stuff and can outwait anyone before creating and converting chances.

Further good news for O’Rourke is the fact that Darren Hughes is on the mend and he is named in the panel.

LEINSTER SFC QUARTER-FINAL
Offaly v Westmeath, O’Connor Park, 3.0
Since last year’s narrow win in Mullingar, Westmeath have really stepped up their performances and even making allowances for Division Four, their unbeaten spring was testament to form and a strengthened panel with injuries clearing.

John Heslin’s displays have been central but the attack as a collective delivered easily the biggest scoring total in the country during the league. Offaly struggled a division higher but won when they had to despite the infamous 30 point trimming by Armagh. Pat Flanagan is in the happier position of being able to bring back players who missed large swathes of the spring, including totemic forward Niall McNamee but also Anton Sullivan and Eoin Rigney.

These derby matches can take on a life of their own and despite Westmeath’s apparently clear superiority, home advantage and the neighbouring rivalry can narrow the gap but are unlikely to close it. Winners get to play Dublin whereas losers will face either Monaghan or Cavan.

MUNSTER SFC SEMI-FINAL
Clare v Kerry, Cusack Park, 3.30
Poor old Clare. In the past 12 months – exactly this weekend – they will have got to face Kerry three times in championship. All the indicators have been positive for Colm Collins’s team, who have steadily risen in the world and held their own in Division Two of the league but the constant beating of their heads off the glass ceiling has been frustrating for them.

The recent quarter-final against Limerick was a closer-run thing than it should have been but Keelan Sexton, David Tubridy and Eoin Cleary are lively forwards and in Croke Park last year Clare were feisty in the face of a first All-Ireland quarter-final and dauntingly superior firepower.

That’s not likely to be much different this weekend as Kerry, buoyed by at last beating Dublin in a big match and energised by new blood, don’t look remotely susceptible to nasty surprises.

CONNACHT SFC SEMI-FINAL
Galway v Mayo, Pearse Stadium, 4.0, Live RTÉ 1
Here’s a match with profound implications for the winners and losers and which will cast a shadow through the summer – and we’re not halfway through June.

Mayo don’t want the grand tour approach for a second year – only once has a defeated All-Ireland team got back to the following year’s final through the qualifiers – and defeat would consign Galway’s title to the status of a blip.

There are two fairly obvious dynamics at play: Galway’s undoubted improvement since unexpectedly winning Connacht last year and Mayo’s state of alert after being ambushed in this fixture last year and losing a provincial match for the first time in six years. They also have the advantage of already having played this summer.

Mayo arrive in a familiar state: agonisingly touched off in the previous year’s All-Ireland and gnawed at by grim hunger. One problem for them after a stop-start league campaign is that the familiarity extends to the team sheet. Only Fergal Boland is making a championship debut even if the team is surprisingly different (six starters) to last year’s in Castlebar.

There has been much focus on the absence of Aidan O’Shea but he appears to be troubled by a groin strain. His absence from the announced line-up – some expect him to appear anyway – resonates in this fixture because his physical forcefulness has been a factor against Galway in the past, especially two years ago.

Galway’s impressive display in last year’s Connacht final replay insists on two contexts, how poor Roscommon were and how much worse they themselves turned out to be in the All-Ireland quarter-final against Tipperary.

Kevin Walsh’s team have however absorbed the lessons and got themselves back into Division One, picking up the Division Two title along the way and ending their much-noticed 16-year Croke Park winless run along the way.

They are more practised – Galway being Galway, ‘comfortable’ would be the wrong word – executing the defensive system that has been drilled into them and adept at harnessing the genuine pace in the team on the counter-attack.

The quality of their forwards is naturally compromised by the game plan and if that makes them harder to break down, it also makes the job of an already accomplished Mayo defence that bit easier.

Stephen Rochford’s team looked set for victory a year ago until the match changed and they failed to respond. That won’t happen this time.