Rob Doyle’s favourite books: one for every week of the year

The acclaimed author of Threshold shares his eclectic taste in literature: 52 pen portraits of key works 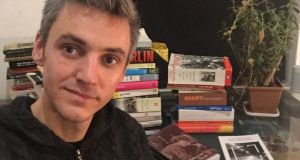 In her book The Writing Life, Annie Dillard asks what it means to live a good life. “There is no shortage of good days”, she writes. “It is good lives that are hard to come by . . . Who would call a day spent reading a good day? But a life spent reading – that is a good life.’

There’s something to this. Holding a characteristically gloomier view, Michel Houellebecq insists that “Those who love life do not read. Nor do they go to the movies, actually. No matter what might be said, access to the artistic universe is more or less entirely the preserve of those who are a little fed up with the world.”

There’s something to this too. In my case, reading has always served a dual purpose. In a positive sense, it offers sustenance, enlightenment, the bliss of fascination. In a negative sense, it is a means of withdrawal, of inhabiting a reality parallel to the one that generally comes across painful, alarming, or downright distasteful. In the former sense, reading is like food; in the latter, it is like drugs or alcohol.

For a few years now, reading hasn’t just been a thing I do, it’s been a component of my professional life. Before anyone paid me for the words I write, I held it as an article of faith that if you have any hope of becoming an interesting writer, it’s indispensable that you make yourself extremely well read.

Having said that, there is so much that I haven’t read. Important stuff. I did not study literature at college, I studied philosophy and, at this stage, I’m confident that the time has passed when I might have had the stamina to get through the thick Victorian novels that make up a fair part of the canon. And yet, I have read a fantastical amount. It’s hard to see how I could have read any more in the period of my life that has elapsed thus far – about half, unless I get poisoned with Novichok or gas myself in the garage. In the years before I became known as a writer, I avoided doing things that other people did – working, for instance – in order to read as much as I could. When it was absolutely necessary to work or else my life would sink to a level of squalor that even my 20-something self would have found intolerable, I read on the job – in toilet cubicles or, if the boss wasn’t around, wherever I was supposed to be doing whatever it was I was neglecting to do.

I like sharing my enthusiasms. I am one of those people who bombard their friends with YouTube and Spotify links, insist that they watch a certain film, plead with them to read a particular book. If a book delights me, I want the people around me to share in the delight. Each week for the next year, I will be sharing my enthusiasm for a different book, whether obscure or well-known or somewhere in between, in Old Favourites, a column pioneered through 2018 by Julie Parsons under the banner In Praise of Older Books.

These will be the books that formed me, sentimentally and intellectually, as well as the books that are reforming me now, and even the books that deformed me. This last point is worth dwelling on. Anyone who claims that reading is necessarily good for you hasn’t read very much. Certain books have mangled me in ways I’ll never recover from. Some of these are my favourite books of all. It’s possible that my life would have been happier if I hadn’t kept up the reading that my mother, a lifelong reader who left school at 14, encouraged by bringing me and my brothers to the library when we were children. Because I threw my lot in with books, however, life has been immeasurably richer than it might have been. Even anguish, doubt and terror can assume exquisite textures when refracted or inflamed by books.

I don’t read as many novels as I used to. I still read a fair few, but when I was in my 20s, novels were my staple, the chief means by which I understood the world and my place in it. Nowadays, novels are more like the dessert: the main course is giant helpings of non-fiction, including criticism, philosophy, aphorisms, history, and books about what the internet is doing to me. I have an unslakable thirst for autobiographical writing of all sorts, including diaries and notebooks (the equivalent to looking through a writer’s underwear drawer). I also like reading novels that don’t act like novels – and if you’re not sure what I mean by that, stick around.

I’m told that a decline of interest in novelly novels is common among men in their 30s, which makes it sound like a testicular disease. Regardless of genre, my life as a reader has always been basically hedonistic. I read for delight and fascination, even when these demand a toll, opening old wounds or inflicting new ones. The books I’m going to recommend are eclectic. What they’ve got in common, aside from the fact that they were written prior to the 21st century, is that they have all made this human lifespan I find myself undergoing deeper, stranger, grander, and full of amazement.
Rob Doyle’s latest novel, Threshold, is published by Bloomsbury

Week 1: ‘The Unwomanly Face of War’ by Svetlana Alexievich

Week 6: ‘A Room of One’s Own’ by Virginia Woolf

Week 7: ‘The Gladiators’ by Arthur Koestler

Week 8: ‘On the Genealogy of Morals’ by Friedrich Nietzsche

Week 10: ‘But Beautiful’ by Geoff Dyer

Week 15: ‘The Fight’ by Norman Mailer

Week 25: ‘Whatever’ by Michel Houellebecq

Week 27: ‘Civilisation and its Discontents’ by Sigmund Freud

Week 34: ‘The Art of the Novel’ by Milan Kundera

Week 35: ‘The Adversary’ by Emmanuel Carrère

Week 36: ‘Against Interpretation’ by Susan Sontag

Week 41: ‘Moby Dick; or, The Whale’ by Herman Melville

Week 44: ‘From the Berlin Journal’ by Max Frisch

Week 48: ‘The Death of Adam’ by Marilynne Robinson

Week 52: ‘The Colossus of Maroussi’ by Henry Miller

Finding the Way Back: A career-best performance from Ben Affleck
4