Georges Bataille is one of the biggest perverts of French literature. Proceed with caution 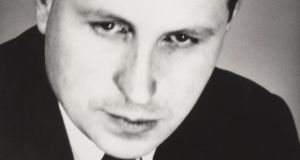 Even by the standards of French literature, Georges Bataille was a serious pervert. He was also, at least for part of his life, mad. Pornographic novels such as The Story of the Eye, and Blue of Noon, and bizarre early texts such as The Solar Anus, betray not only the influence of surrealism, a movement with which Bataille was fractiously involved, but evidence of a genuinely sick mind. If Bataille did not become an influential 20th-century thinker, we might instead be reading about him in true-crime books detailing abominable acts.

While some of Bataille’s writings are scarcely coherent – I say that as an admirer – his late theoretical work Erotism is a surprisingly cogent, wide-ranging examination of the obsessions Bataille pursued his whole life long. A devout Christian who abandoned the faith and hurled himself into a mysticism of evil, Bataille sought an atheistic basis for ecstatic experience that would redeem humankind from enslavement to work, security and acquisition. To him, we are anguished, “discontinuous” beings who seek fusion with the universe by way of eroticism, which in its fullest expression approaches death. Erotism pulls in materials from a variety of disciplines – art history, sociology, anthropology – to back up Bataille’s vision of a cosmos consumed by raging violence, where loss and devastation must be embraced.

Having abandoned his blind, incontinent father to the approaching German forces during the first World War, Bataille sought forbidden knowledge in the foulest of extremities. Human sacrifice, organised war and festivals of cruelty would have their place in any society unwise enough to let him call the shots. During the second World War, he did in fact establish a notorious secret society, Acéphale, whose members met in a forest outside Paris, where they may or may not have conducted disturbing rites (their highest aspiration was to perform a human sacrifice).

Proceed with caution: Erotism is a fascinating abyss that gazes back, a book you might wish to seal and bury deep underground, where it would contaminate the earth with putrefactive visions of excess.