Even in a chapter about sex with aliens, the speculations are thoughtful and poignant 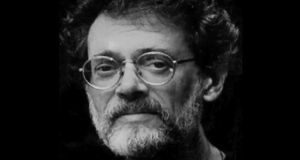 Terence McKenna, the most original spokesperson for the psychedelic experience since hallucinogens swept through western culture less than a century ago, is an either/or thinker. One either finds him fascinating or dismisses him as a peddler of irresponsible nonsense. Where you come down on the divide will depend to a large degree on whether you have had or are interested in having a full-blown psychedelic experience: a 40mg hit of DMT, say, or what McKenna calls a “heroic dose” of psilocybin mushrooms. Let me put my cards on the table: McKenna’s speculative ideas are so drastic, novel and astounding in their possible implications that I sometimes imagine future ages regarding him the way we do Copernicus.

A superb introduction to his work, The Archaic Revival is a collection of essays, talks and interviews in which these ideas gush forth in a face-melting cascade (no less vital are audio recordings of McKenna’s wildly entertaining public talks, many hours of which are available on YouTube). For McKenna – who refused the guru role, urging verification by direct experience – psychedelics are a supercharged shamanic technology that bring us face to face with the absolute Other: “Right here and now, one quanta away, there is a raging universe of active intelligence that is transhuman, hyperdimensional, and extremely alien.” In a relatively sober essay, McKenna proposes a theory of human evolution in which consciousness developed in symbiosis with the mysterious intelligence within magic mushrooms (and these – it’s getting loopy now – may be a technology of interstellar communication).

A splendidly eloquent polymath, McKenna is at his best when extemporising: the interview and lecture formats suit him well. Whenever his ideas career towards stoner lunacy, his lively wit reassures us that he hasn’t lost his mind. Even in a chapter about sex with aliens, the speculations are thoughtful and poignant. Perhaps the persistent UFO sightings in our consumerist civilisation, McKenna suggests, emanate from the collective unconscious, and indicate a grave alienation from our own enigmatic depths. In which case, loving the alien would mean rediscovering ourselves.

Old favourites: the books that furnish my rooms