Cain’s Book: A commentary on the silence that followed 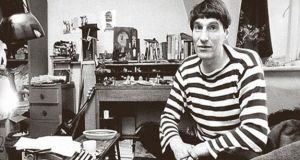 Alexander Trocchi took life and himself seriously enough to wreck both, with literature understood as secondary, an accomplice to that wrecking.

The fact that after publishing his scarcely fictionalised account of junkie-existentialist detachment, Cain’s Book, at age 35, having spent his apprentice years cultivating powerful literary friends and dazzling everyone with his sense of embodied promise, Alexander Trocchi never wrote another book, suggests that what he was doing all along was preparing the ground not for his future work’s reception, but for that of its falling short. In other words, that Trocchi’s deeply willed destiny was to fail with an audience. In this sense, we might read Cain’s Book as a secondary text, a commentary on the silence that followed across decades of private disintegration.

No message of hope

There is no story to tell, no message of hope or improvement. A man from Europe spends his days shooting heroin on a scow docked at a harbour in New York, occasionally bestirring himself to add a few pages to Cain’s Book, “the product of those moments when I felt impelled to outflank my deep desire to be silent, to say nothing, expose nothing”.

The pages drift past, monotonous and stark and radiant, a stalled narrative that bobs on the ripples while the narrator gazes indifferently at the Manhattan skyline.

Heroin has made him sovereign, impregnable. “For the attitude born of this sense of inviolability, some Americans have used the word ‘cool’.”

Like heroin, writing is enlisted not to diminish the formlessness of existence, but to sink deeper into it, dissolving all sense of life’s narrative quality. As still and flat as the Hudson River lies “the endless tundra which is all there is to be explored”. Incidents and memories sometimes disturb the impassive surface: a bleak night in London; scenes from childhood; years in Parisian bohemia; the seduction of a one-legged woman. All of them pass; the void reasserts itself.

This kind of book, with its air of existentialist machismo and self-regard, is wide open to ridicule, and electrifying on the same account. Trocchi took life and himself seriously enough to wreck both, with literature understood as secondary, an accomplice to that wrecking.