Old favourites: Rob Doyle on a year of his best loved books 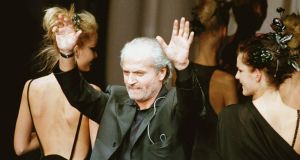 The most upsetting and unexpectedly profound art experience I’ve had lately was watching the 2018 TV series The Assassination of Gianni Versace. A riveting study in shame, self-loathing and damnation, the series set itself an audacious narrative and moral challenge: it began in media res with the preppy, erudite serial killer Andrew Cunanan committing acts so repugnantly vicious they put him beyond any hope of redemption, and then, by way of a slow-burning reverse chronology, lured its audience into a disturbed empathy with him.

No less provocative was the show’s flirtation with nihilism in consciously positioning itself – and its audience – within the same symbiotic matrix of mass-media violence and voyeurism it interrogated, by exploiting the trauma of lives already shattered by Cunanan’s actions in an entertainment that was as lurid as it was politically sophisticated.

The book that did much of the heavy lifting the series drew from is reporter Maureen Orth’s extensive account of Andrew Cunanan’s life and killing spree, and the resultant manhunt and media carnival. Vulgar Favours grew out of a long-form piece for Vanity Fair – Cunanan’s favourite magazine – that Orth had already been commissioned to write before the fugitive turned up in South Beach, Miami. It was there, after lying low in sleazy hotels and gay bars, that Cunanan murdered his fifth and famous victim, before turning a gun on himself in a boathouse surrounded by TV-network helicopters and armed police.

Though written only two decades ago, the book promulgates certain prejudices that now seem laughable. Cunanan enjoyed drugs and pornography: “Experts on serial-killer behaviour say the combination can be explosive.” The TV series’ brazen nods to the film adaptation of Bret Easton Ellis’s novel American Psycho turn out to be more than a brinkmanship of tastelessness: Cunanan was transfixed by Ellis’s fiction, identifying heavily with his blank, dissipated rich kids. At a gay nightclub hours before he shot Versace in the head, someone asked Cunanan what he did for a living. “I’m a serial killer,” came his blithe, Batemanesque reply.