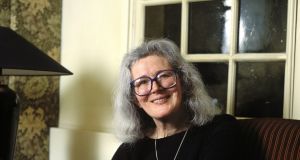 The Bloody Chamber is a kind of applied literary psychoanalysis, in which Angela Carter retells 10 fairytales to uncover their “violently sexual” latent content. Not that her blood-soaked renditions are a dry theoretical exercise: they are lusciously sensual and the best of them are as enchanting as the childhood narratives on which they draw.

Sexuality as an incendiary force and the intoxications of pain and annihilation, recur throughout The Bloody Chamber like the ruminations of an obsessive. These tales of werewolves, talking cats, sinister noblemen and necro-paedophiles recall in their gothic lyricism the songs of Nick Cave and the Bad Seeds; like Cave’s lyrics, they portray desire as a satanic choreography in which we move irresistibly towards the site of our destruction. A narrator intones: “Now you are at the place of annihilation, now you are at the place of annihilation.”

In Carter’s realm, “sheer carnal avarice” is the lifeblood and innocence craves its own defilement. While subverting male power, Carter collaterally eviscerates that corruption of feminism whereby female desire is limpid, irreproachable, without darkness. A virginal girl says of a strange being who lives alone in the woods, “I knew from the first moment I saw him that Erl King would do me grievous harm”, then goes to him anyway. In the wonderful titular story, another girl admits, “in my heart I had always known” that the rich psychopath she has married “would be the death of me”.

In short, these sadomasochistic stories roam the dark, offline places of the psyche - a black forest, too true to be good, where love is torture and lust is a bloodbath.