Whatever (1994) by Michel Houellebecq: A superb declaration of hostilities

Old favourites: Houellebecq writes about sexuality as ‘a system of social hierarchy’ from a stronghold of abjection 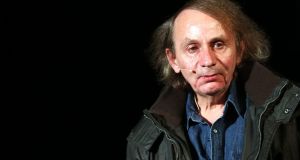 In a text that was first published in French in 1997, Michel Houellebecq offers some advice to those pursuing the writer’s vocation: “All societies have their points of least resistance. Put your finger on the wound, and press down hard.” He also recommends hitting the bottle as you are “tossed back and forth between bitterness and anguish”, and milking the welfare state in order to thrive like a parasite “upon the body of wealthy societies in a state of decay”. Decidedly, we are not in the noble halls of Marcus Aurelius or Seamus Heaney.

True to his word, Houellebecq has delivered multiple blows to society’s solar plexus. He writes from a stronghold of abjection, where he has nothing to lose. While his masterpiece is Atomised – among the most distressingly original works of our times – his slim first novel is a superb declaration of hostilities. Published in English as Whatever, its original French title is more suggestive, translating as The Extension of the Domain of the Struggle.

Two decades before the emergence of the incels, the tech-amplified gender animosity, and the current mood of sexual paranoia, Houellebecq brutally announced what may now be becoming apparent: we don’t really want sexual liberation any more; it wasn’t worth the cost. We emerged from the cage, found ourselves at the mercy of the law of the jungle – the sexual free market – and now we’d rather go back inside and lock the door.

With the lucidity of the depressed, Houellebecq’s shattered narrator drives home the bitter message that the free-love generation were too naive to discern: “Sexuality is a system of social hierarchy.”