Against Interpretation and Other Essays by Susan Sontag (1966)

Old Favourites: Rob Doyle on the erudite thinker and essayist 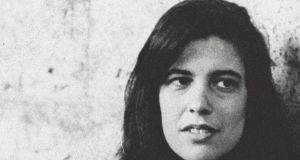 When I watched the 2014 documentary Regarding Susan Sontag, the ending struck me as a disturbing parable of the western intellectual condition. Sontag, a woman as erudite as anybody in the 20th century, is informed that she is dying of cancer. She refuses to believe it, hoping for a miracle cure. After further tests, her doctor confirms that death is imminent. Faced with this certitude that permits no denial, Sontag screams. The knowledge amassed over a lifetime spent “in search for aesthetic bliss” has no worth now: it has not transmuted into wisdom. She panics until the end.

But then, isn’t it the consolation of the writer or the artist that death, though terrifying, can’t really hurt you? If you’ve worked hard enough, you’ll have delivered everything precious into safekeeping – the ransacking won’t touch it. In the 1960s, Sontag moved to New York after a period spent living in France, and there “began to discharge some of the cargo of ideas” generated over 30 years of cultural voracity into a collection of essays. Her evangelical Europhilia helped dent what Milan Kundera called “the provincialism of large nations”, which was rampant in a United States puffed up on economic growth and imperial expansion.

The drift of the superb title essay will find favour among artists. We betray works of art, Sontag argues, when we compulsively seek to answer that dreary question, “What does it mean?” The value of a work lies not in some allegorical shadow-story into which it must be deciphered, but in the emotional and sensuous response it elicits in its audience.

Many of the figures who Sontag championed in the sixties have since become canonical. Her searching intelligence is vivified by striking metaphor, as in this opening to an essay on Albert Camus: “Great writers are either husbands or lovers. Some writers supply the solid virtues of a husband: reliability, intelligibility, generosity, decency . . . Notoriously, women tolerate qualities in a lover – moodiness, selfishness, unreliability, brutality – that they would never countenance in a husband, in return for excitement, an infusion of intense feeling.”