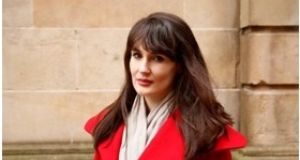 Laura Waddell: “I couldn’t be more excited to make a return to team indie publishing working with a publishing house whose ethos I hugely respect and whose exquisite literary list is poised to grow.”

Tramp Press has appointed Laura Waddell as its UK publishing director. Reporting to Sarah Davis-Goff and Lisa Coen, co-publishers at Tramp Press, she will have a special responsibility for UK sales in this newly created role from next month.

“As a longtime admirer of Tramp Press from afar, this opportunity to work with Sarah and Lisa to build presence in the UK feels serendipitous and I am still pinching myself,” said Waddell. “I couldn’t be more excited to make a return to team indie publishing working with a publishing house whose ethos I hugely respect and whose exquisite literary list is poised to grow.”

“This growth is in line with our ambitions to become one of the best independent publishers at work in the UK and Ireland,” Davis-Goff said. “We’re so looking forward to increasing Tramp’s presence across the UK, and our ideal will be to retain rights to our most successful authors as we grow. Laura is so talented and focused, we can’t wait to get to work next year.”

Waddell previously worked as publishing manager at HarperCollins, acquiring children’s reference titles such as The Little Inventors Handbook and publishing books in the National Geographic Kids range. Prior to that, she held editorial and marketing roles with indie publishers of trade-focused and translated fiction. She sits on the board of Gutter Magazine, is a mentor for Scottish Review of Books Emerging Critics, a Saltire Society Literary Award judge, and a frequent cultural commentator for print and radio.

Tramp Press’s recent successes include publishing Sara Baume, Mike McCormack’s Solar Bones and the No 1 Irish bestseller Notes to Self by Emilie Pine.

Next year’s titles announced so far include Minor Monuments, essays by Ian Maleney, a regular Irish Times contributor, and The Red Word, a novel by Sarah Henstra, which has just won the Governor-General's Literary Award in Canada.

Sally Rooney’s Normal People is the critics’ choice for book of the year, the Bopoker trade magazine has reported, with eight publications including it in their end-of-year reviews. Rooney’s book, which was announced as the Waterstones Book of the Year last week, was named the Times’ Novel of the Year, as well as appearing in the round-ups of seven other publications. James Marriott of the Times described her as “this year’s literary star”: “Her genius for capturing people with all their self-conceits and occasional virtues puts her in a fine tradition of sharp social observation stretching back to Jane Austen.”

Man Booker Prize-winner Anna Burns’ Milkman, Lisa Halliday’s Asymmetry and Sarah Moss’ Ghost Wall were among the other most popular crtiical choices.. Milkman has divided critics but not book buyers, g iven its 2,292% uplift in paperback sales since winning the Booker.