Confessions by St Augustine (c400): A riot of scintillating sinfulness

He fornicates, takes a mistress, blasphemes, either masturbates or has sex in a church 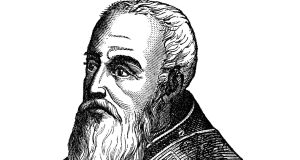 St Augustine: No saint as a youth. Illustration: iStock

Sixteen centuries after they were written, St Augustine’s Confessions might induce in the secular reader a bout of faith-envy. The poignancy in Emil Cioran’s observation hits home: “Obviously God was a solution, and obviously none so satisfactory will ever be found again.”

A solution to what? To the problem of human life, of course. “Have pity on me and heal me,” pleads Augustine of his God, “For you see that I have become a problem to myself, and this is the ailment from which I suffer.” While Augustine’s solution is a hard one for many of us landlocked here in modernity to pull off, the trials that inspired his Confessions are perennially relatable.

The prose (in Pine-Coffin’s feisty translation) really flares up as Augustine lacerates himself for his sins and defilement. He may have renounced Jezebel, but there is a lingual lustiness in his castigation of a youth “inflamed with desire for a surfeit of hell’s pleasures”. He fornicates around, takes a mistress, blasphemes. At one point he either masturbates or has sex in a church. Much of Confessions details the skimmable fine-print of his theological doubts before he finds blissful repose in God’s love. Good for him; I just wish he’d gleaned a few more hot chapters from his years of depravity, when “The evil in me was foul, but I loved it.”