How is the coronavirus pandemic affecting religious beliefs, or the lack thereof? 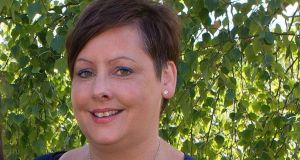 Clerical abuse survivor Marie Kane says when she was ill ‘I found comfort in my little ritual of lighting a candle and praying to a God I thought had no time for me as a young girl.’: Photograph:Thomas Nolan 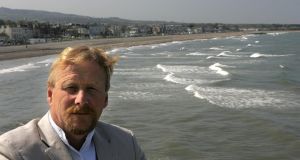 Humanist Dick Spicer says: ‘Fear may lead people to grasp at a belief in order not to feel powerless or insignificant in the face of the threat.’ Photograph: Dara Mac Dónaill/The Irish Times

It’s over two months since churches, mosques, and synagogues in Ireland were closed for public worship. For Christians, Easter 2020 took place behind closed doors and online only with baptisms, weddings, and ordinations postponed. In the Catholic Church annual First Communions and Confirmations were also postponed.

Ramadan in Ireland this year was mainly a private affair with all related gatherings in mosques called off, as well as any large Eid celebration marking its end. For Jews in Ireland, Passover in April and Shavuot at the end of May were also mainly private.

This absence of public religious gatherings, as well as the lockdown generally over the past 10 weeks, has allowed people to consider deeply their most profound beliefs, or the lack thereof. The Irish Times asked on social media for people’s reflections on what impact the Covid-19 pandemic was having their beliefs. Here is a selection of the replies.

Marie Kane, a clerical abuse survivor who met Pope Francis at the Vatican Rome in 2014:

“I’m not a fan of the Catholic Church and my journey hasn’t been an easy road. Meeting Pope Francis really didn’t help me with my journey of finding my faith. However, having had Covid-19 and being extremely ill for four weeks, I have to say I prayed for my health. I admit it was out of fear but as days of isolation went by. It’s what got me through.

“I found comfort in my little ritual of lighting a candle and praying to a God I thought had no time for me as a young girl. Somehow, now recovered, back to work and having got my fitness back, I’m feeling very grateful and blessed to be still here.

“From being a young girl who wanted to die to an adult woman, mother, grandmother-to-be, daughter, friend, who is happy to be here still. So, my faith in the Catholic Church is gone 100 per cent, but my faith in God has been found.”

Mark Edmund Hutcheson, from Belfast but living in Dublin:

“I entered this pandemic an Evangelical Catholic with a very firm belief in the perfection and inerrancy of Scripture, which is not to say that I do not have my dark, trying periods of doubt. Covid-19 most certainly has deepened my faith.

“Pope Francis’ Urbi et Orbi on March 27th, where he preached on the story of the disciples and Jesus in a boat on the Sea of Galilee when a storm threatens to drown them, made me realise three things: how powerfully Rome can speak to the world, how small and interconnected our vast world is, and how God does care for us in our difficulties, even Covid-19...

“I am in sympathy with those who feel that Covid-19 is bringing us closer to those ‘end times’. I do not say that it is the ‘end times’, or even their beginning, just that it is taking us nearer.”

“Faith is stronger than God. Science and all the big powers are helpless and saying ‘stay inside’ to protect yourself and others. I never imagined I’d see such times but the great thing is the quality time it has allowed with family and friends, and that there are more important things than work. God has blessed us in these difficult times and looks after us.”

He says Covid-19 reminds him of the three young visionaries at Fatima. “Two of these young children died of Spanish flu in the 1918 pandemic and the other spent the rest of her life in a monastery. Two were declared saints and the other is in the process.

“Simply put, it reminds us that we have been given free will to choose the path of God and do good, or follow the path of the evil one and choose to live eternally without God. The message is partly about warnings of chastisements that will be drawn upon the world due to apostasy from the faith and unbelief.”

“Responding to the virus has taught us the importance of science and of trying to increase our knowledge and act accordingly. But many great scientists say the more they know the more they know how little they know. So it is important to be humble and experience some sense of awe in the face of what we do not know. Good forms of religion, working with signs, symbols and stories have enabled people engage with the awe without being overwhelmed.

“I become more convinced that neither faith or reason can have precedence over each other, but must act together in the search for truth and freedom.”

“Either nature or man is responsible for the virus. I expect science will have the answer in time. No doubt many will blame the God of their understanding for us being naughty in some way or another. My mind goes back to the Aberfan disaster [in 1966 in Wales where 144 people, mostly children, died] when God was blamed but it was the coal board who got the rightful blame within a year or two.

“I find it hard to believe in which God might be responsible, so I will stick to science.”

“Organised religion has not been part of my life for the best part of 35 years. At the same time, I have retained a belief in God and Jesus Christ - and identify as a Christian. When critically ill nine years ago, ironically from contracting another vicious virus, I found myself lying in the silence and darkness on my ICU bed, angrily saying out loud to God ‘Is this it? Is this all I am getting, just 50 years of life - for f**k’s sake, can you not give me a bit longer in this world?’

“When I first heard about Covid-19 and that it was declared a pandemic… I did not tune in to hear what any religious leader might have to say, but instead found myself hanging on every word coming from the daily briefings from the Department of Health, the CMO and NPHET. But I am fairly certain that God is there somewhere too.”

She says she has “a complete lack of spirituality, even though I am enthralled by many expressions of this - church choirs (especially Russian and other Eastern Christian religions). Religious poetry, such as by Hopkins. Also then the beauty of nature in all its forms delights me - rain, snow, wind, sun, animal life, flora - so much to enjoy. But none of this leads to thoughts of ‘who made this?’ or ‘how long have we been here?’ or `why are we here?’

“I think there is as little substance to atheism as there is to theism. We simply cannot know. I am perfectly prepared to accept either belief can be true. But it doesn’t matter to me at all.”

“I miss being able to attend Mass. I do watch Masses online but it is not the same as being part of a group of people who attend Mass together on weekdays and Sundays. I visit my local church in Oughterard every day to read the readings of the day and to light candles for my family and friends. I believe that God will bring us through this awful pandemic and that as a society that we will be a better more united community.”

“Fear may lead people to grasp at a belief in order not to feel powerless or insignificant in the face of the threat. In this secular age the beliefs that they seem to be grasping are conspiracy theories. Mad as they seem they are fulfilling in some ways the role of religion. If it’s not 5G, it’s China, or Big Pharma, or Bill Gates, or whatever-you’re-having-yerself. It remains to be seen whether such attitudes survive the pandemic.”

“I [recently] took a funeral where only five people were allowed attend but when we came out of the funeral home the street in east Belfast was lined with friends and others, all who applauded the hearse. I was deeply moved. My faith tells me this is the only life I have and it is a wonderful gift, so don’t spend these days thinking this is some kind of interregnum. This is my new normal.

“I am also very proud that Florence Nightingale shared my Unitarian faith and we think of her every Thursday when we clap the NHS nurses and all the other staff including the care workers. I was also deeply touched by the Queen’s message and her iconic use of the line ‘we’ll meet again’.”

“Before Covid-19 when we looked at the dysfunction in the world we shook our heads sadly and said - ‘well, that’s human nature for you’. But this worldwide efflorescence of selfless, cooperative human behaviour definitely challenges that view. So, is it possible that we may have misjudged ourselves?

“We’ve now seen that selfless, courageous action is not the preserve of saints or superheroes but can found anywhere and in anybody. So, could this evidence of innate goodness be a game-changer?”

* An all-Ireland survey to measure the impact of Covid-19 on people’s faith is being conducted by the Mater Dei Centre for Catholic Education in Dublin. It can be completed online at https://www.dcu.ie/materdei-centre-for-catholic-education/news/2020/May/Coronavirus-Church-You-Survey.shtml