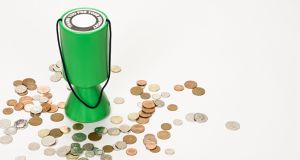 Small and medium-sized charities are facing funding losses of €1.5 billion this year because of Covid-19, according to a data analytics company specialising in the non-profit sector.

The figures are sharp contrast to a €40 million support fund for the sector unveiled by the Government earlier this s month.

“It’s very, very serious,” said Benefacts founder and managing director Patricia Quinn. “[Many of them] have nothing to fall back on.”

There are almost 33,000 organisations that employ in the region of 165,000 people. A nonprofit funded by the State, Benefacts scrutinises publicly available financial details of over 10,000 of them.

This €14.2 billion “social economy” includes everything from housing and health to education and poverty. It takes in the environment, sport, the arts, religion, health and education.

Previous information supplied to The Charities Institute by 58 small and medium organisations predicted an average loss of 40 per cent of income. Ahead of an online seminar to mark its fourth annual report, Benefacts calculated that would represent about €1.5 billion in losses to the overall sector based on 2018 data.

Similarly, information supplied to the Charities Regulator found that of 2,200 micro and small organisations who engage in fundraising activities, 90 per cent had either cancelled or postponed their efforts. Applied to the broader micro and small enterprise sector, it would mean losses of €380 million.

Ms Quinn said the picture was particularly bleak for those who have been left with no revenue streams, such as many arts organisations.

“Imagine if you were a double bass player and all you work was in the orchestra . . . when will the Government allow people to be on a stage with one another? This is people’s livelihood; it’s all they do.”

Over half of charities have now raised concerns about future viability, according to Benefacts.

“The social economy has nearly 30,000 people working in its micro entities, and . . . they do not enjoy stable incomes,” Stephen Kinsella, associate professor of Economics at the University of Limerick noted in a contribution to the organisation’s data presentation.

“And as their incomes shrink, the complex needs they address in society grow. Absent the State’s intervention, a large section of these groups, from housing and the arts to environment, advocacy and social services, are likely to struggle. Some will fail.”

While Benefacts has said the Government’s Covid-19 Stability Fund is welcome “and will give some nonprofits time to review, regroup and renew their operations”, the outlook remains bleak.

Ireland’s non-profit sector has 32,841 organisations, about 9,854 of which are incorporated as companies.

Almost 4,000 are schools, and almost 800 are societies, co-operatives, industrial societies, political parties or charter bodies. The rest include thousands of local, religious or sports organisations.

Benefacts, which aims to “convert data into intelligence” within the sector, sources its information from 10 public sources, including the Companies Registration Office and the Charities Regulator.

Before Covid-19 shook the world’s economy, things had been looking far more positive in Ireland. The report on 2018 found Government spending had increased by 13 per cent from €5.3 billion to €5.9 billion.

Fundraising and donations had gone up 6 per cent to €955 million, while turnover had increased 9.5 per cent from €13 billion to €14.2 billion year-on-year.