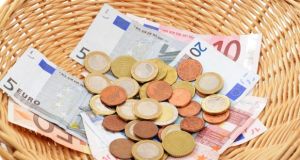 There have been more than 1,000 applicants for the Government’s €35 million Covid-19 stability fund for charities

Charities could lose out on fundraising worth between €400 and €500 million this year, the representative body for the sector has warned.

Since the lockdown began in March, charities have been unable to raise money face-to-face, hold fundraising events such as race meetings or coffee mornings and the general economic downturn is affecting the public’s ability to contribute.

The scope of the challenge for the sector was highlighted in a survey published by the Charities Regulator. Two-thirds of respondents said services were already restricted and 54 per cent say they may be unable to continue providing services for more than 6 months.

The Wheel director of public policy Ivan Cooper said fundraising had “collapsed” for many charities yet demands for services are as great as ever.

The Wheel’s annual summit was due to be held in Croke Park, but like so many other events has had to go online.

It was addresssed virtually by Taoiseach Leo Varadkar who revealed there have been more than 1,000 applicants for the Government’s €35 million Covid-19 stability fund for charities and a separate €5 million commitment to a philanthropy fund.

He thanked the sector for its “massive contribution” it was making to Irish society and added “more than ever we need the sector to the fore”.

Barnados chief executive Suzanne Connolly said the charity sector in the post-Covid 19 world needs to anticipate a heightened focus at a time when there is likely to be austerity.

She said the focus on charities’ finances can be controversial and negative coverage reflected badly on the sector in general.

“Our real challenge is that we are competing with each other a lot of the time. The Irish public is incredibly generous. However, I do worry that the public may get really a bit sick of being asked for money all the time.

“I get heightened anxiety when there is any negative press in relation to our sector and I worry when we got back into austerity that there will be a focus on spending in general which is reasonable.

“There will be a heightened focus on our sector and it can be very divisive as to how money is spent”.

The Wheel has called for the retention of a cabinet-level minister for community development and multi-annual funding.

He said Government departments had worked together in a way that would not have happened in normal times and the public have responded well to the crisis.

“There has been a rejuvenation of a community spirit. It has come to the fore in a way that has been very uplifting to witness. It has generated ane nthusaism for people to contribute to their communities”.