Michael Ryan warns Tipp players that changes are on the cards 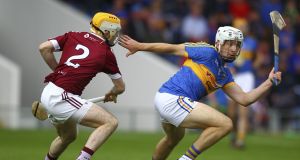 Tipp flattered to deceive against the visitors en route to a nine-point victory - and Ryan insisted that places are still very much up for grabs ahead of next Saturday’s Round 2 clash with Dublin, Kilkenny or Waterford.

The Premier County will learn the identity of their weekend opponents this morning but having taken off Michael Breen and Seamus Callanan early in the second half, not many positions on the team are safe.

With 17 minutes left in Thurles, the gritty visitors trailed by just three points and were denied a levelling goal when Tipp’s debutant goalkeeper Daragh Mooney pulled off a fine save from Cormac Boyle.

Tipp went on to lead by 11 points before Allan Devine hit two points deep in stoppage time to keep the score-line respectable, a stark contrast to the 31-point whipping suffered by the county’s footballers six days previously against Dublin.

But the post-match talk centred on Tipp - and how bad they were.

“There were periods in that game that were anything but what we came to see, to be honest,” said Ryan. “Look, we came here to win, there’s no other prize on offer bar a place in the bowl on Monday morning. That’s mission accomplished, but loads to do.

“We’ll certainly require a much, much better performance than that.

Westmeath led by two points within 40 seconds and while Tipp, boosted by John O’Dwyer’s 15th-minute goal, established a 1-9 to 0-4 lead, they wouldn’t score again for 18 minutes as the Lake County reeled off five unanswered points.

At half-time, they were just 0-9 to 1-10 adrift and while John McGrath struck a late Tipp goal, Westmeath were within single figures at the finish.

Tipp, who registered 16 wides, suffered a huge blow when Niall O’Meara was stretchered off in the second half with an ankle injury could end his season.

When asked about his decisions to take off Breen and Callanan, Ryan said: “Those performances were below-par, the lads would be the first to admit that you have to hit your own levels and get yourself on the ball. If it’s off, it’s off.”