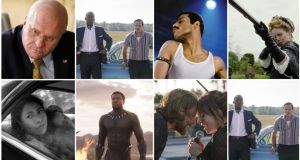 Who will win the best picture Oscar?

Between the writing of this piece and its publication, the Academy will, no doubt, have suggested settling best actress with a nude mud-wrestling match. It will have stood firm against objections for around 20 minutes before collapsing like a papier-mâché oil rig. The run-up to the 2019 Oscars had been characterised by just such misguided innovation and spineless capitulation: the proposed Oscar for best popular film, rumours that not all awards would be broadcast live, suggestions that only some best songs were to be performed. You can say what you like about Donald Trump, but he sticks to his lunatic, offensive, impractical schemes.

In theory, this chatter should have got enough people talking about the Oscars to guarantee a surge in viewing figures. Last year’s event was the least watched in history, and the various abandoned schemes were aimed at hastening up the action and widening the appeal. In truth, only a small portion of those not directly involved have been paying attention. The talk is, as Americans say of such things, very “inside baseball”.

That brouhaha has, however, distracted from the conversations that Oscar watchers really should be having. There have been as many fascinating ascents and bewildering tumbles this season as ever. Some five months ago, I declared that I would, once a week, remind readers that I had placed a bet on A Star Is Born to win best picture at 11/1. This proved satisfying a few days later when it had come in to 5/4. You can now get A Star Is Born at 50/1 with some bookmakers. Back in September a suggestion that Bohemian Rhapsody would not only get a nomination, but would be at shorter odds than the other musical smash, would have been sufficient grounds for a call to the men with the butterfly nets. Its nominal director, Bryan Singer, had been fired mid-production following allegations of unprofessional behaviour. At one stage, trade papers speculated the film would never get a release. It eventually opened to distinctly snitty reviews. But Bohemian Rhapsody made a fortune and Rami Malek, acclaimed as Freddie Mercury, now seems set to win best actor.

Meanwhile, several impossible things look likely to happen with one predicted win. Alfonso Cuarón’s Roma, a lovely, monochrome study of life in 1970s Mexico City, won the Venice Film Festival and picked up the best reviews of the year. So what? When was the last time a Golden Lion winner also took best picture at the Oscars? Huh? Huh? Okay, it was last year with The Shape of Water. But it had never happened before that. It scarcely seems possible, but Roma would be the first film in a language other than English to take the top Oscar.

Then there is the Netflix issue. Granted only scant theatrical release (two screens in Ireland on the day it went live to stream), Roma could be the lowest grossing film to win the prize. Then again it may have made more than, say, The Hurt Locker. As Netflix refuses to release box-office figures, it is hard to say. The tensions between that company and old-school Hollywood surely delivered another blow to its Oscar chances.

Yet here we are. As we go into the final weekend, Roma remains favourite with most odds-makers and most pundits.

The lesson of this year’s season is that the Academy is as divided as the rest of America and that – like those going to the polls in 2016 – voters are prepared to ignore any controversy to see their candidate elected. The steak-eaters in the prairies cared little about the allegedly dubious racial politics of Green Book. That film is the one most likely to topple Roma. The more cosmopolitan supporters of the Cuarón film and BlacKkKlansman hope to ride their high horse all the way to victory.

The recent move to make the electorate younger and more diverse has had an effect. The changes helped the zippy, mainstream Black Panther become the first superhero film to secure a best picture nomination. They also helped The Favourite, an Irish production from Element Pictures, to an eye-watering 10 nominations. Rather than transforming the Oscars across the board, the shift in demographics has produced a stark divide between the traditional (Green Book, Bohemian Rhapsody) and the challenging (Roma, The Favourite).

None of this will trouble the Irish talent up for statuettes. Ed Guiney, veteran Irish producer, receives a best picture nod for The Favourite. That film’s cinematographer, Robbie Ryan, will also be brushing off his dinner jacket. Louise Bagnall’s Late Afternoon competes in best animated short. Vincent Lambe’s controversial Detainment, concerning the James Bulger case, is up for best live-action short. The nation awaits.

But why bother watching? Surely, after all the precursor awards and all the online coverage, we already know who’s winning the major gongs. To an extent. Glenn Close, overdue in The Wife, is probably walloping Lady Gaga for the largely unrewarded A Star Is Born. Mahershala Ali, solid in Green Book, seems likely to take a second best supporting actor Oscar. But the best picture race has been oddly volatile in recent times. Last year, the competition was on a knife edge. Moonlight was a huge shock in 2016. Spotlight was a mild surprise in 2015. Either 12 Years a Slave or Gravity could have won in 2013. The recently introduced preferential ballot has spread the love in unpredictable fashion. So, some tension will persist to the last weary moment.

I still think Roma is going to win.

WHO WILL WIN & WHO SHOULD WIN

Will win: Roma
Should win: The Favourite
Roma is the most nominated, but is it too foreign? The Favourite is startlingly good, but its oddness may scare away the flyover voters.

Will win: Alfonso Cuarón
Should win: Pawel Pawlikowski
Cuarón looks secure even if Roma stumbles in best picture. The only challenge looks to be an “overdue” lunge for Spike Lee.

Will win: Rami Malek
Should win: Bradley Cooper
Malek does all you need: transformation, suffering, grand-standing. But Cooper deserves some love for his pet project.

Glenn Close (The Wife)
Lady Gaga (A Star Is Born)
Olivia Colman (The Favourite)
Melissa McCarthy (Can You Ever Forgive Me?)
Yalitza Aparicio (Roma)

Will win: Glenn Close
Should win: Melissa McCarthy
Like Julianne Moore a few years back, Close will finally get a win for a so-so, little-seen film. McCarthy is underappreciated here.

Will win: Mahershala Ali
Should win: Richard E Grant
Ali could have done this in his sleep, but he’s won at the Globes and at Bafta. He’s in. Grant is famously happy to be here.

Will win: Regina King
Should win: Regina King
Probably the tightest of the big races. King is much liked, but she missed out on nominations at Bafta and the Screen Actors Guild. Adams (“overdue” again) the biggest challenge.

If Beale Street Could Talk (Barry Jenkins)
A Star Is Born (Bradley Cooper, Will Fetters and Eric Roth)
Can You Ever Forgive Me? (Nicole Holofcener and Jeff Whitty)
BlacKkKlansman (Spike Lee, David Rabinowitz, Charlie Wachtel and Kevin Willmott)
The Ballad of Buster Scruggs (Joel Coen and Ethan Coen)

Will win: BlaKkKlansman
Should win: If Beale Street Could Talk.
It’s their chance to award Spike Lee. The only other best picture nominee here is the fading A Star Is Born.

Will win: Roma
Should win: The Favourite
Generally a prize for “most cinematography”. Roma is lovely. Cuarón set to become the first man to win for shooting his own film.

Will win: Vice
Should win: The Favourite
Tricky one. As in cinematography, they tend to go for “most.” That feels like the busy Vice.

Incredibles 2
Ralph Breaks the Internet
Spider-Man: Into the Spider-Verse
Isle of Dogs
Mirai

Free Solo
Minding the Gap
RBG
Hale Country This Morning, This Evening
Of Fathers and Sons

Will win: Roma
Should win: Cold War
Well, d’uh! The only danger is voters giving another film a chance because they feel Roma has best picture in the bag. Even then, the vote would split.

Will win: Vice
Should win: Border
Ah, give it to the weird Swedish film. They won’t. They’ll give to fattened-up Dick Cheney.

Will win: Shallow
Should win: Shallow
After their frustrated early high hopes, the A Star Is Born team can console themselves with a certain win for the buskers’ favourite.

Will win: First Man
Should win: Roma
You probably need to hear Roma in Dolby Atmos (not on your phone’s Netflix app) to appreciate its aural magnificence. First Man an easier bet.

Will win: A Star Is Born
Should win: Roma
First rule of Oscarology: They always give sound mixing to the musical. Could also be Rhapsody. See above as to why Roma can forget it.

Will win: Avengers: Infinity War
Should win: First Man
An entire army came together for Avengers. Voters may want to reward the highest grossing film of the year.

Will win: Bao
Should win: Late Afternoon
There’s been some unease about the queasy imagery in Bao, but that Pixar short still seems to have it in the bag.

Detainment
Fauve
Marguerite
Mother
Skin
Will win: Marguerite
Should win: Marguerite
Vincent Lambe’s Detainment, on the James Bulger murder, may be too unsettling for viewers, but it will get seen. The lovely Marguerite is still favourite though. Again, who the heck knows?