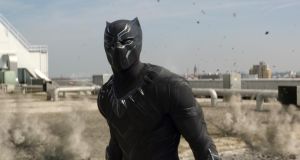 Just weeks after the Academy of Motion Picture Arts and Sciences announced a controversial new Oscar category that would recognise “achievement in popular film,” the organisation has nixed that trophy, at least for now.

“There has been a wide range of reactions to the introduction of a new award, and we recognise the need for further discussion with our members,” said Dawn Hudson, the academy’s chief executive, putting a civil face on what has been a contentious debate.

Rumours had flown that the academy might rethink the new category, but had it ever really been thought through? The announcement of the new category contained no rules for how contenders might be determined, and critics blanched at the notion that box-office results or blockbuster budgets might become criteria for a 90-year-old award ostensibly given on merit.

After the initial confusion, questions continued to arise that the Academy found hard to answer. Was it fair for ABC, the network that broadcasts the Oscars, to lobby hard for such an award when its parent company (Disney) makes the sort of blockbusters that would probably crowd the category ? Marvel movies, Star Wars movies and Pixar films? Might a popularity prize backfire by ghettoising the big films that would otherwise contend for best picture? And what of Netflix, the streaming service that has a heap of Oscar contenders this year but refuses to release any figures that would reveal how popular they are?

The irony is that this year’s telecast may not have needed such a prize in the first place. Black Panther, the highest-grossing film so far, is almost certain to be nominated in several categories including best picture, and it may even win Marvel Studios its first Oscar in a category like best costume design, where Ruth E Carter’s stunning outfits tower over the rest of the field. If ABC executives had sought to find room in the telecast for superhero movies, they needn’t have worried, and the removal of a popularity prize will only strengthen the case for Black Panther to be judged not just as a blockbuster but also as a pivotal work of art.

And there are more big films to come. While the best picture field may still include intimate entries like Roma, a black-and-white foreign-language film directed by Alfonso Cuaron (who won best director in 2014 for Gravity), you can also count on it to make room for A Star Is Born, a big-studio crowd-pleaser starring Bradley Cooper and Lady Gaga as singing mega-stars.

Warner Bros is bullish on the box-office chances of this October 5th release, and many Oscar pundits believe it could go all the way. Had the popularity trophy remained, the two top contenders for it would surely be Black Panther and A Star Is Born, but when those same films will be fighting it out for best picture this year, who needs the lesser contest? - New York Times

Children of the Troubles: They took a child off the road, put a hood over his head and killed him
7

Lost Lives: Every story is a fresh horror, exhumed
9