Your unexpected tax bill, U2 members back new fund, and the best kind of Covid stimulus 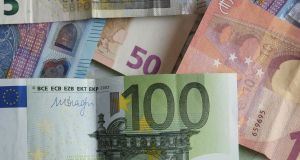 Are you ready for a tax bill at the end of the year? Photograph: iStock

If you’re drawing on the pandemic unemployment or the temporary wage subsidy at the moment, did you know you could face a sizeable tax bill at the end of the year? If not, you’re not alone, according to Taxback.com, which is warning of people “scrambling” to meet an unexpected demand of up to €2,800. Dominic Coyle has more details.

And at the other end of the tax spectrum, the latest annual report from the Revenue Commissioners shows that corporation tax accounted for nearly one fifth of all receipts last year, with just ten big companies dominating payments. Eoin Burke-Kennedy reports.

More than one in five people say they feel very uncomfortable about the prospect of going to a pub, even with two-metre social distancing in place, according to fresh CSO data measuring how happy we are to return to behaviours previously considered normal. Peter Hamilton has delved into the research.

As a bailout for Lufthansa was finally agreed on Thursday, Ryanair has accused its German rival of being in a price-fixing cartel and has vowed to challenge its rescue. Naomi O’Leary writes that Ryanair boss Michael O’Leary reckons the bailout is not needed.

Ciarán Hancock reports that Dublin-based private equity group Venture Wave Capital has attracted some star-studded backers for its new fund in the form of U2’s Adam Clayton and The Edge. The €100 million fund is understood to have raised more than €20 million so far.

Irish fintech company Fenergo is on target to surpass $105 million (€93.5 million) in revenues during this financial year and is optimistic it can grow sales to $250 million by 2023, reports Charlie Taylor.

In his weekly economics column, John FitzGerald considers how different governments have reacted to the impact of the Covid-19 pandemic on their economies. He argues that stimulus measures don’t always work, writing that any stimulus designed to encourage consumption this summer is doomed to failure.

In our Agenda feature, Joe Brennan takes a forensic look at Permanent TSB, which this week gained a new chief executive in the form of Eamonn Crowley. Joe asks if Mr Crowley, who has been involved with the bank since opening his first account in an Irish Permanent branch in 1980, will be able to preserve its indepdenence in the face of coronavirus.

Olive Keogh takes on the thorny issues faced by professional services firms at the moment as they work out how to bring their staff back into what would traditionally be busy offices. She writes that while logistics need to be addressed, the companies also need to consider how to rethink a business model that has traditionally involved a lot of face-to-face contact.

And also in our Work section, we ask if Covid-19 is taking women working outside the home back to the 1950s, as well as dealing with the paranoia that can creep in when we work remotely for too long.

Finally, this week’s Wild Goose is lawyer Benita Meagher, who has made her way from Athlone to Singapore via Paris, and found a life there as executive director of the Irish Chamber of Commerce.