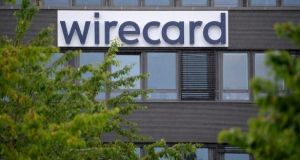 Wirecard owes a consortium of banks €2billion, and has a further €1.4billion of debt outstanding.

German fintech company Wirecard has filed for insolvency after admitting it had lost €1.9 billion from a largely fictional balance sheet.

Its demise leaves creditors with scant hope of getting back the €3.5 billion they are owed, according to reports. Of that amount, Wirecard has borrowed €1.75 billion from 15 banks and €500 million from bond investors.

With its former chief executive Markus Braun facing a fraud investigation, and out of prison on €5 million bail, the company cited its unsustainable debt position as the reason for seeking court protection in Munich.

“The board of Wirecard AG has decided to file an application for insolvency proceedings, because of imminent illiquidity and excessive debt, with the relevant district court in Munich,” the company said in a statement.

The move comes after days of high-pressure negotiations with banks in a bid to rescue the company, which is now considering whether to extend its insolvency proceedings to its subsidiaries.

Now creditors – including Commerzbank, ABN Amro and ING – face lengthy proceedings over how much money they can recover from the company.

The news is a debacle for Germany’s fintech sector, and raises serious questions about the competence of its auditor, EY, as well as BaFin, Germany’s financial regulator.

It also increases pressure on a series of leading German companies, from Aldi to Deutsche Telekom, to find a new payments processor for their multi-billion businesses. In recent days many had reportedly moved to limit their exposure, demanding that Wirecard switch to daily payment transfers.

The fate of Wirecard’s banking subsidiary remains unclear, as does the fate of its licences with credit card companies Visa and Mastercard.

After months of dogged reporting by the Financial Times, raising questions about Wirecard’s business model, the company’s final fall from grace began on June 18th. The company failed to file its annual report that was due that day, claiming nearly €2 billion had gone missing after it was transferred to a bank in the Philippines. That country’s central bank denied the money ever entered its financial system and EY refused to sign off on the accounts without confirmation of the location of the funds.

Wirecard was founded in 1999 in Bavaria and employs almost 6,000 people in 26 countries, including in Dublin. Mr Braun, its Austrian-born chief executive since 2002 as well as chief technology officer, holds 7 per cent of the company stock and is the largest shareholder.

On Monday he presented himself to police for questioning, was held overnight and released on bail the following day. Munich prosecutors say he has offered to co-operate with their investigation and faces charges of filing “incorrect information” in the Wirecard balance sheet, as well as possible charges of market manipulation and fraud.

Though in its early stages, the collapse of Wirecard is likely to be the greatest case of corporate fraud in German history.