Fenergo looking to more than double revenues by 2023

Irish fintech lifts Covid hiring freeze, and expects to have 1,000 employees by year-end 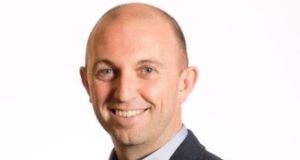 Irish fintech company Fenergo is on target to surpass $105 million in revenues (€93.5 million) during this financial year and is optimistic it can grow sales to $250 million by 2023.

The company, which closed an $80 million investment round earlier this year from backers including Dutch bank ABN Amro, has also recommenced hiring for 170 roles after temporarily implementing a recruitment freeze due to the coronavirus pandemic.

Fenergo develops solutions for financial institutions that helps them with issues such as regulatory compliance and managing client data. Its customers include BBVA, RBS, Bank of China, UBS and State Street. In recent years it has also expanded into new sectors such as asset and wealth management and, in doing so, has added key customers such as Royal Bank of Canada, UBS and Mizuho.

This week, the company announced it had been selected by Aviva to replace know your customer (KYC), customer due diligence (CDD) and anti-money laundering (AML) systems and services for the insurer.

“Business has been extremely strong so far this year and particularly during the Covid crisis. Contracts that were taking six to nine months previously have collapsed into three to six months,” said founder and chief executive Marc Murphy.

“In the five months to the end of May we added 16 banks, all of whom are household names. But most of the new growth we’re seeing is coming from the other sectors we’ve targeted in recent years. We built Fenergo in corporate banking but since then a number of banks have taken us across all their lines,” he said.

Mr Murphy said Fenergo had been projecting revenues of $105 million for its latest financial year, which runs from the 12 months to May. Expectations are that it may surpass this figure.

“We were unsure if we could sell remotely during Covid but it hasn’t stopped us as the Aviva announcement shows,” he said.

Fenergo employs about 850 people across 14 offices globally with 400 in Dublin. Mr Murphy projected it would reach 1,000 employees by the year-end after lifting the temporary recruitment freeze. Most of the new roles opening up are in Dublin.

The company, which is valued at $800 million. was spun out of Irish tech veteran John Purdy’s Ergo Group in 2009. Ergo subsequently sold its shareholding for $75 million to Insight Partners and Aquline Capital in 2015.