Wirecard fights for survival as it says missing €1.9bn may not exist 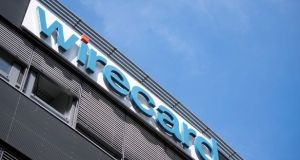 Scandal-hit German payments firm Wirecard was left fighting for survival on Monday after acknowledging that €1.9 billion it had reported as assets probably do not exist, deepening an accounting scandal that has rattled Germany’s financial industry.

The payments processor said it is in discussions with creditors and considering a full-scale restructuring after pulling its financial results for 2019 and the first quarter of 2020. Previous descriptions of its business with third parties, which process transactions on Wirecard’s behalf, were “not correct.”

Auditor EY refused to sign off the company’s accounts last week after being unable to account for the €1.9 billion, a quarter of the company’s assets. Shares have plummeted 75 per cent since the EY move, and were down over 40 per cent on Monday alone.

“The management board of Wirecard assesses on the basis of further examination that there is a prevailing likelihood that the bank trust account balances in the amount of €1.9 billion do not exist,” the company said in a statement.

The development comes after chief executive Markus Braun quit on Friday with the company scrambling to secure a financial lifeline from its banks, while its search for the money hit a dead end in the Philippines.

The Philippine central bank said none of the money appeared to have entered the country, after Bank of the Philippine Islands (BPI) and BDO Unibank said documents purporting to show Wirecard had deposited funds with them were false. Both said Wirecard was not a client.

BPI, however, told Reuters it had suspended an assistant manager whose signature appeared on one of the fraudulent documents. BDO told the central bank one of its marketing officers appeared to have fabricated a bank certificate.

“The central bank is actually doing its own investigation,” Bangko Sentral ng Pilipinas governor Benjamin Diokno said on Monday. “To the extent we are very strict on knowing our clients, I think we should also be strict in knowing the officers of the bank.”

Munich-based Wirecard has been lauded as a home-grown fintech success and was propelled into Germany’s blue-chip DAX index in 2018 at the expense of Commerzbank.

EY had regularly approved Wirecard’s accounts in recent years, and its refusal to sign off for 2019 confirmed failings found in an external investigation by KPMG in April, which in turn followed probing reports by the Financial Times.

Wirecard, which has long been a target of short sellers questioning its financials, on Friday said it may be the victim of “fraud of considerable proportions”.

On Monday, it said it is examining a range of measures to ensure continued operations, including cost reduction, restructuring, disposal or termination of business units. – Reuters/Bloomberg