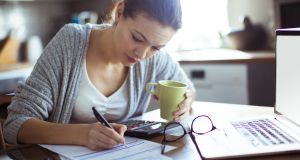 Just 12 per cent of business leaders think their entire staff will revert to working from the office once the restrictions are lifted.

Only a small percentage of company bosses believe all their staff will be back in the office after lockdown, a new survey shows.

The poll by the Institute of Directors in Ireland (IoD) found that just 12 per cent of business leaders think their entire staff will revert to working from the office once the restrictions are lifted, albeit only 5 per cent believe all their staff will work remotely in the future.

The survey also found that nearly a third of directors (31 per cent) are either planning to downsize their office space or are considering it.

Nearly a third of respondents indicated, however, that their current office space or working environment is not conducive to implementing Government-approved social distancing measures.

The survey, conducted earlier this month among the IoD’s 3,000 plus members, comprising chief executives and company directors, found that an overwhelming 75 per cent believe the Government’s phased plan to reopen the economy is either “well judged” or “adequate”.

A similar percentage (71 per cent) acknowledge that a recession is imminent “but that it will be a short-term one”.

A surprisingly high 75 per cent of respondents said employee salaries had not been reduced as a result of the crisis.

Some 37 per cent that their company availed of the Government’s temporary wage subsidy scheme.

“Rumours of the demise of what many people call ‘the office’ have been grossly exaggerated, but opportunities as well as challenges now face business leaders and employees alike,” Maura Quinn, IoD chief executive, said.

“The future of workplaces and recruitment is being reconfigured. Business leaders will need to be agile to allow for these new changes, as well as showing clear leadership and guidance to help direct it,” she said.

“We are exiting the coping stage of Covid-19 in terms of how businesses operate and a substantial majority of business leaders believe a short-term recession is looming,” she said.

“ There is no avoiding the stark reality of that happening. We are an open economy and our overseas markets have been similarly impacted. For this reason, we call on the Government to ensure continued business support measures are being put in place which, in turn, will help kickstart the economy,” Ms Quinn said.