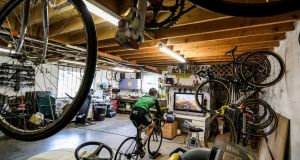 So, John Delaney’s great succession plan for the Ireland senior manager’s job has been completed. It’s not quite the circumstances the former FAI CEO would have envisioned. It’s fair to say that would have looked something more akin to him standing between the two men as a happy Mick McCarthy, fresh from leading Ireland to the knockout stages of Euro 2020 and securing some much-needed prize money funds for the FAI, hands over the baton to Stephen Kenny. As it is the passover happened without McCarthy present in a socially distant setting and with Kenny now tasked with getting Ireland through the playoffs and into the Euros. These are strange circumstances for Kenny to get the job there is no doubt that his first year in the post will also be quite strange with a total of 11 or 12 matches, all but one of which will be competitive, coming his way.

This morning Ken Early reflects on McCarthy’s second reign as the Ireland manager and concludes that it was a bit of a flop with Ireland fans being deprived of what they wanted more than anything after Martin O’Neill left – that being some change and fresh ideas. McCarthy brought a lot more of the same and now leaves Kenny with an Ireland team in much the same state as he found them, an old and jaded team in search of a new direction. The other potentially sticky issue now for the FAI is the cost of cutting short McCarthy’s contract as well as the increasingly likely scenario of having to do the same for Robbie Keane’s. Ireland’s record goalscorer has not been named among Kenny’s coaching staff – which will be made up of Keith Andrews, Damien Duff and Alan Kelly – and yesterday the FAI’s interm CEO Gary Owens didn’t sound like a man too confident that a new role would be found for him and very likely not one to warrant the close to €500,000 which he is believed to be due over the remaining two years of his contract.

1 Taoiseach has confirmed schools will reopen at the end of August
2 We need to pay very close attention to what is happening in Britain now
3 Garda to scale down Covid-19 enforcement for June bank holiday
4 ‘Do I really care?’ Woody Allen comes out fighting
5 Boris Johnson had little choice but to back Dominic Cummings
6 Minnesota police release CNN reporter arrested live on air
7 The strain is starting to tell on Brendan O’Connor
8 Michael Smurfit: ‘I asked Trump to invite me to the White House for my 80th birthday’
9 Covid-19: Between six and 12 per childcare ‘pod’ when sector re-opens
10 ‘Wiggle like a snake, waddle like a duck’: Hucklebuck singer Brendan Bowyer dies at 81
11 What exactly will happen in phase two of easing restrictions?
12 Twitter accuses Trump of ‘glorifying violence’ after Minnesota ‘shooting’ tweet
13 Turbocharge your barbecue: Tips from the pros for cooking over flames
14 Lockdown must be eased to stop Ireland returning to the 1980s
15 Household savings soar as consumers stop spending
16 Sideline Cut: Vignette shows why Bird is the true shark in The Last Dance
17 Trump says, ‘I have the best words.’ Now this comedian’s going viral for lip-syncing them
18 Quarantine may be lifted for arrivals into Ireland from countries with low Covid-19 cases
19 Private hospitals ‘takeover’ by State will not be extended past June
20 Those involved in Kinahan crime group were paid €20,000 to set up a ‘hit’ – court
21 Small businesses are cannon fodder in zealous anti-virus experiment
22 ‘I’m so lucky to be in the Caribbean – a million miles from Derry Girls’
23 Universities are preoccupied with market growth as if educators were stocks and shares
24 The old man and the sea: A view from Dublin’s shoreline
25 Elon Musk’s SpaceX suit: James Bond meets James T Kirk
26 Coronavirus: HSE experts support the early reopening of schools
27 Lady Gaga: Chromatica review – A star is reborn in this return to fully fledged pop
28 All students will not return to school even if social distancing relaxed – McHugh
29 Return of cross to rebuilt Prussian palace vexes some Berliners
30 Farrell and O’Connell provide insight into changes in Ireland’s analysis
31 Girl (5) rescued after lilo drifted to sea ‘a very lucky little girl’
32 Poorest households in Ireland see biggest increase in Covid-19 cases – CSO
33 Woman loses damages claim over BreastCheck screening
34 Liverpool and Everton to oppose plans to play games at neutral venues
35 Irishwoman in New York: I didn’t fear getting Covid-19 but I should have
36 New rules for arrivals to Ireland start today - what is changing?
37 Almost 1,000 students fail to register before calculated grades deadline
38 Tax and the Pandemic Unemployment Payment: Your questions answered
39 Q&A: Could schools reopen before September in light of new health advice?
40 Irish business of Carluccio’s restaurants to be wound up
Real news has value SUBSCRIBE