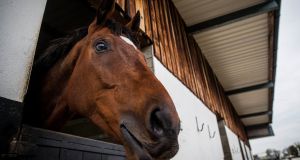 Golf clubs - and club golfers - have been left disappointed with the news all courses in the Republic of Ireland have been forced to close due to Level 5 Covid-19 restrictions which came into force overnight. The news has come as a big blow to golfers across the country and is also a surprise, as Ruaidhrí Croke writes: “Initially the sense was that golf would be permitted to continue, potentially restricted to members only living with 5km of the course as was the case in May.” Meanwhile Philip Reid has questioned the logic in shutting down a sport which gets people outside in vast open spaces and which can have a hugely positive effect on mental health: “And there is an anomaly at the very root of all this. I know. Last night my daughter could go football training in her pod of 15 players on one side of a pitch. Tomorrow, she can’t go golfing - in a group of three or four - on a golf course of over 200 acres. Where’s the sense in all of that?” Tennis Ireland however have said clubs can remain open with strict protocols in place.

Andy Farrell named his side for Ireland’s return to action in the Six Nations yesterday, with Leinster’s Hugo Keenan and Will Connors both set to make their debut against Italy on Saturday afternoon. There are also two potential Test match debutants off the bench, with Ed Byrne and Jamison Gibson Park named among the replacements, while Bundee Aki has been given the nod to start alongside Garry Ringrose in midfield. Ireland realistically need a bonus point win to keep their title hopes alive, and Farrell has suggested his side will look to play on the front foot at the Aviva Stadium: “I think it’s dynamic. I think we can play in a range of ways. We want to play a high-tempo game but obviously Italy will have a say in that because they want to play a high-tempo game as well. So we’re excited by the team. They can’t wait to get out there and let’s see what happens.”

9 Growing pressure for ban on non-essential travel within EU

17 How to use up your Covid pantry ingredients imaginatively

18 The left’s lockdown critique: Right on, or dangerous prattle?

23 Q&A: Can I still pass Covid on after I’ve been vaccinated?

25 Covid-19: Lockdown to be extended until late February as ramping up of vaccines promised

26 ‘An inspiration’: Young poet Amanda Gorman and her words capture the moment at Biden inauguration

27 Every adult in Ireland to have Covid-19 vaccine by September, Minister for Health says

32 The Irishman with big hopes making tiny houses in Berlin

38 Holohan warns of up to 1,000 Covid-19 deaths in January, calls for tighter air travel rules

40 Cottage with investor appeal in booming D4 enclave for €650k