England face a daunting climb in the shadow of Table Mountain 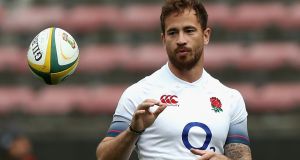 Preparing for the third Test in the shadow of Table Mountain has merely heightened the sense of England’s rugby players being stuck between a rock and a hard place. Even Eddie Jones has been gazing out of his hotel window in the lead-up to the season’s final game and using the view as a metaphor for his team’s current state.

“It’s a nice place, particularly when you’re on top, not so much when you’re looking from the bottom,” Jones murmured. “We need to get back on top.”

There are any number of reasons why England are desperate to end their tour on a high. Losing a sixth successive Test would prompt a long summer of painful introspection and do nothing to resolve the various uneasy questions that have pursued Jones’s underachieving squad around South Africa. Avoiding a 3-0 series defeat against a Springbok team in the foothills of its own development would at least deliver some consolation.

This could also be the last game of Test rugby played at Newlands, the second oldest international venue in world rugby, which hosted its first overseas visitors in 1891. When the British & Irish Lions are here in 2021 it is highly likely they will play in the modern Cape Town Stadium at Green Point, a venue built originally to host the 2010 football World Cup. If any English forwards want to be selected for that tour this is a good moment to put down a marker.

Denying the Springboks one final victory in their evocative old lair, however, will not be straightforward. The weather forecast is for a damp, windy day on the Cape, far removed from the thin air and fast tracks of the past two Saturdays. Once upon a time this would have favoured England but without either of the Vunipola brothers to make forceful metres and with Brad Shields having succumbed to food poisoning, much rests on the shoulders of Nathan Hughes and his flankers Tom Curry and Chris Robshaw.

In addition to dynamic forward momentum and more joy at the breakdown, England also need to show greater composure at vital junctures. While the South African head coach, Rassie Erasmus, still reckons England will be competitive at the World Cup in Japan next year – “I think they’ll be there in the play-offs” – he clearly expected more clarity from Jones’s troops on this tour. “He’s definitely not losing on purpose but I think he’s trying a few things,” suggested -Erasmus, who has made a number of backline changes himself.

The muscular centre Andre Esterhuizen is certainly one Bok newcomer to watch but the -majority of eyes, inevitably, will be trained on England’s starting outhalf. Should Danny Cipriani have a stormer on his first international start for a decade it really will be hard for Jones to cate-gorise his prodigal No 10 as a luxury item who adds limited value.

Erasmus, for one, insists Cipriani’s skills are already worrying the Springboks. “He’s going to test us with his little kicks and late passes and late picking of lines to put people through holes,” he said. “It’s going to be a hell of a test. I’m nervous with him at 10 – he’s making us [ALL]nervous. I like characters in the game. If there aren’t characters like Danny in the game then all the kids are robots. I like Chris Ashton, too. I like it when people bring something to the party and it spices the game up.”

Even Sam Burgess has been weighing in from Australia on social media, wishing Cipriani well and publicly hoping that “you’re what’s missing”. If the 30-year-old does enough to merit a prolonged run in the outhalf jersey, however, it will be fascinating to see how his relationship with Owen Farrell develops. At first glance they are such contrasting characters that their arranged midfield marriage would prompt most vicars to look apprehensively around the pews before asking the congregation to approve their union.

With his friend and long-time colleague George Ford now removed from the 23 completely, Farrell’s pre-match view on whether Cipriani’s promotion would deliver success – “I guess we’ll find out” – could hardly be placed in the gushing category. Perhaps the captain is also -wondering if England’s midfield, rather than enjoying Ant and Dec-style telepathy, now consists of three conductors who all favour slightly different tunes. If they do all synch successfully it will be another quiet triumph for the team’s attack consultant, Scott Wisemantel, arguably England’s man of the tour to date.

As Farrell has also been stressing, England need to concentrate as much on their basic decision-making and discipline as weaving decorative patterns. “You can see the margins of the game and it is pretty clear where the last couple of games were won and lost,” said the captain, acknowledging self-belief has also become a concern. “I think the losses, especially losing a few in a row, have affected our confidence at times on the field and made us a bit more indecisive.”

There has been nothing indecisive about Duane Vermeulen and Faf de Klerk, both relentless tormenters of England in their differing ways. Jones remains adamant that experience is the key foundation stone of any world-beating team but the contrast between De Klerk, with his modest haul of 13 caps, and the 76-times capped Ben Youngs at scrumhalf this month does not neces-sarily support his thesis. Some of the touring players destined not to play a single minute’s rugby on this tour – Dan Robson, Alex Lozowski, Jason Woodward must be privately pulling their hair out.

It puts a further onus on Jones and his assistants to extract one last concerted effort from their established players before everyone collapses on to their sun loungers. “I couldn’t come to these press conferences and be so positive if I didn’t have a team that was absolutely committed to -giving its best,” the head coach insisted. “We’re a bit short of experience and we’ve got to make up for that with enthusiasm, commitment and being more composed at the right moments.”

Even if England do edge a damp, forward-dominated contest, though, it will be too little, too late.