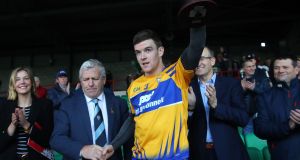 Division 1A (all games Sunday, unless stated)

A swift opportunity for Tipp to avenge the Munster League defeat but they were well off the pace that night. Clare are moving well with some decent infusions of new blood. It is equally a good opportunity for Liam Sheedy’s side to set the record straight quickly but the visitors might just have enough momentum to repeat the dose.

They opened last season’s league as well with Cork gaining a welcome victory in the fixture. Both are on the lookout for new recruits but the visitors are farther down that road. Kilkenny are also affected by club ties and injury. They usually thrive on the adversity but it would be a surprise if they pulled this off.

This can be a hard venue for All-Ireland holders. Galway last year in the league and famously, Clare in the 2014 All-Ireland qualifiers came a cropper here. Limerick are coming locked and loaded – 11 of last September’s team – for their first big match as champions. Wexford though were brushed aside by Galway in the Walsh Cup final and will need to raise their game.

Division 1B (all games Sunday, unless stated)

Mattie Kenny’s first matches made for a reasonable pre-season campaign but they will need to hit the ground running here. There may be no promotion but Dublin will want to improve last year’s performance. They change half the announced team from last month’s Walsh Cup so it’s as strong as is currently available. Carlow make just three changes to that selection.

A satisfactory pre-season for Micheál Donoghue with the Walsh Cup bagged. Laois got their scalp, beating neighbours Offaly but this will be one of those remorseless experiences that counties in the bottom half of this division encounter from time to time.

Offaly started last year really well in Croke Park and got a break when Waterford were stripped of home advantage for breaching the training camp rule but that’s as far as it’s likely to stretch against opponents with energised new management.

1 My favourite sporting moment: Roscommon minors restore pride to a county
2 Premier League players launch charitable fund to help NHS
3 America at Large: Hurling fan Dowling leading the fight against Covid-19
4 Harry McNulty: Seeing the world, from Sevens to dog-sledding
5 Pro14 nations could miss out on €15m in TV revenue if league is not completed
Real news has value SUBSCRIBE