Four hurlers to watch in this year's Allianz Leagues

Keoghan, Dalton, McGrath and Gannon have lots of potential 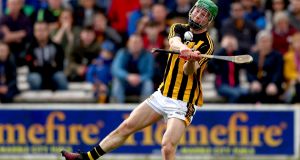 Martin Keoghan (Kilkenny)
Caught the eye here and there in last year’s league but can really kick on now to become a staple of Brian Cody’s side. Powerful athlete, committed and strong in the air, Keoghan is a dependable point-scorer from most distances. It will be interesting to see where Cody positions him as he has potential in both defence and attack. Wherever it is, Keoghan’s clear enjoyment of the physical stuff will advance his cause no end.

Declan Dalton (Cork)
The coming man with Cork’s underage sides over the past couple of years, plenty is expected of Dalton as he steps up to adult level. John Meyler knows that job number one for the year is to add a layer of depth to his panel and if all Dalton manages is to make himself an option off the bench, he will have been a decent addition. The potential is there for him to be more than that, however, as his heavy scoring in the pre-season games showed.

Brian McGrath (Tipperary)
The next one along in the famed McGrath dynasty, this younger brother of Noel and John plies his trade at the other end of the pitch. Tipperary need a full-back and they need it not to Pádraic Maher. Brian McGrath has been lined up for the role after a brilliant underage career and it seems certain that he will be given his trial there as soon as he shakes off an early-season injury.

Lee Gannon (Dublin)
It’s early days but there could be an opening for Gannon in the Dublin full-back line. An eye-catching defender at underage level, he played most of the Walsh Cup at left corner-back and showed himself to be a sticky marker with a willingness to attack the ball. Mattie Kenny’s half-back line looks fairly set in stone but along with clubmate Eoghan O’Donnell, Gannon will be eyeing a starter’s jersey further back.