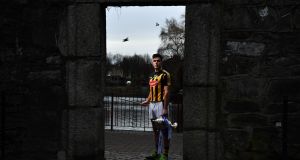 Kilkenny’s Paddy Deegan with the Allianz Hurling League Division 1 trophy. “I’d consider the league very important, getting the year off to a good start, getting lads into the swing of things again.” Photograph: Brendan Moran/Sportsfile

Winning, after all, is a good habit to get into – just ask Dublin’s footballers.

A good start is also said to be half to battle; only last year, Kilkenny had a bad start and still ended up winning the league war. And it seemed more by accident than by design.

A good league sometimes transfers to a good championship; only after winning the 2018 league, Kilkenny exited the championship in the quarter-finals. They are now facing into the longest spell without an All-Ireland final appearance since Brian Cody took charge in 1999.

There is some incentive per the record books. Last year’s win was Kilkenny’s 18th title, now just one short of Tipperary’s all-time record of 19, which at least puts some history on the line.

The 2018 league at least served Deegan well, helped cement his place in the Kilkenny defence, at corner back. Still only 23, the O’Loughlin Gaels man filled the centre-back berth for the Walsh Cup semi-final against Wexford earlier this month and will likely feature there against Cork this Sunday, a repeat of the opening round last year, which Kilkenny lost.

Last year, Kilkenny lost their opening two rounds, to Cork, and then Clare, before going on a six-game unbeaten run which climaxed with victory in the league final. They beat Waterford, Tipperary and Wexford in the next three rounds, Offaly in the quarter-final, Wexford again in the semi-final, then Tipperary again in the final – 2-23, to 2-17.

This year, with the current Divisions 1A/1B format being restructured later this year for the 2020 competition – with no relegation for Liam MacCarthy teams and instead giving both divisions equal status – the 2019 competition is essentially a risk-free investment ahead of the championship.

Deegan admits 2018 didn’t go exactly to plan – but also forced Kilkenny to take each game as they came.

“Yeah, we lost the first two, it was kind of disappointing, but you have to move on, because the games come around so quickly. You have to move on and concentrate on the next game and that’s how we take it.”

Their league ambitions won’t be helped in the short-term by the club commitments of several first-choice players, beginning with the Ballyhale Shamrocks contingent including TJ Reid, Colin Fennelly and Joey Holden.

Ballyhale face Waterford champions Ballygunner in the All-Ireland semi-final on February 9th, ruling those players out for the first two rounds at least.

“Lads will get a chance in the league, if some of the Ballyhale lads are missing, it’s up to them boys then to take that chance and push on from there. I suppose it’ll make things more competitive in terms of fighting for places and that’ll only benefit us further along the line.”

Deegan got his chance in 2017, after being first invited onto the Kilkenny training panel in 2015.

“I wasn’t a stranger to the full-back line, I played there with my club when I was minor. Then when I was senior we were kind of struggling with injuries and I would have played there as well. So I wasn’t too uncomfortable there, no. I’ll always say I’m just happy to be playing.”

Currently completing his primary school teaching studies, Deegan is in no way worried about that barren spell of championship success.

“There are always five, six teams that are capable of winning it, you could even say seven or eight teams. It’s massively competitive.

“I wouldn’t say we were in ‘transition’, obviously there was a turnover of players, a few players retired, younger lads coming in, but I said it already, these younger lads are exceptionally talented and they’re very grounded and hard-working young lads so we’re looking forward to this year.”

1 Sideline Cut: Vignette shows why Bird is the true shark in The Last Dance
2 Damien Duff leaves Celtic to focus on Ireland role
3 O’Leary says himself and Kingdom star Galvin were the best of enemies
4 Seán Óg Ó hAilpín regrets ‘callous’ aftermath of Cork strikes
5 Patience and a local focus: More clubs should be like Athletic Bilbao
Real news has value SUBSCRIBE