Sigerson Cup: IT Tralee thrash IT Sligo in round two

DIT also advance to third round, UCC have too much for DCU in Fitzgibbon Cup 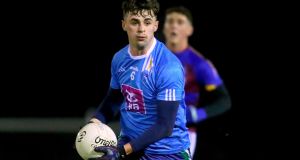 IT Tralee cruised to victory against IT Sligo in round two of the 2019 Sigerson Cup, with the Kerry college prevailing on a scoreline of 6-20 to 1-9.

Liam Brosnan’s side suffered defeat to Ulster University at the weekend, but they were not going to be denied on this occasion and IT Tralee led by 5-12 to 0-3 at half time.

The Munster college will face St. Mary’s, Belfast in round three, with IT Sligo eliminated from the competition after suffering two defeats.

DIT also advanced the third round after a 4-14 to 2-8 victory over AIT.

DIT started superbly and raced into a 1-5 to 0-0 lead with Sean Flanagan finding the net for the victors but AIT responded superbly and claimed a goal courtesy of Gio Russo from a penalty after Rian Brady was fouled.

Oisin Lynch responded for DIT with an excellent finish to the back of the net but a goal before half-time from Gavin Horan gave AIT a glimmer of hope and DIT held a 2-8 to 2-2 lead at the break.

DIT were reduced to 14 men after half time when Luke Loughlin was sent off but the hosts pushed on for a 12 point win.

NUIG grinded out a one point victory away to Queens University Belfast, with the Connacht side prevailing on a score-line of 1-8 to 1-7, while IT Carlow booked their place in the next round after a six point victory over CIT.

UCC claimed their second win of the competition after a 2-21 to 1-13 victory over UCD in the day’s sole Fitzgibbon Cup fixture.

UCC held a 0-11 to 0-6 lead at half time and second-half goals from Mark Kehoe and Neil Montgomery gave the Cork College an eleven point victory.

1 Gerry Thornley: Wild reactions to this Ireland team as fickle as the wind
2 Cheltenham keeping a watching brief on coronavirus
3 Dan Tuohy explains ‘rotten to the core’ comments
4 Cian Healy out of remainder of Six Nations
5 Mayo GAA cut contact with Tim O’Leary after ‘Horan Out’ tweet
Real news has value SUBSCRIBE