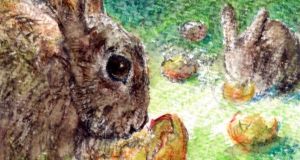 The global flow of wild species, often following humans around, takes thousands of plants, animals and insects far from their homes and natural controls. Some species become invasive, damaging their new habitats and wild neighbours.

Led by human trade and travel, the sheer pace and scale of this species dispersal makes some scientists question the current paths of conservation.

Global extinction of species is now a thousand times faster than the “natural” rate suggested by records. But how much does it matter if one invasive species replaces a “native” and does much the same job in the ecosystem? If invasive species smother new ground and homogenise a whole locality, how much loss of biodiversity is too much? Should new ecosystems be accepted as part of planetary change?

Such questions spark argument in biodiversity science. They can seem to offer governments excuses for doing – and spending – much less to defend the existing natural world and its services to human life and wellbeing.

No one knows how many non-native species there are in Ireland. As Sylvia Reynolds has catalogued, nearly as many alien plants have been recorded in the wild (mostly garden escapes) as there are native species. Some high-risk species – gunnera, rhododendron, Japanese knotweed, Himalayan balsam – are claiming new ground year by year.

A flush of new small mammals has brought the greater white-toothed shrew, replacing the native pygmy shrew as it spreads. Bark-stripping grey squirrels have supplanted the red in large areas by competition and disease. In rivers and lakes, where feral mink prey on waterbirds, imported spores of an alien plague have wiped out whole colonies of our one crayfish species.

Ireland has had thousands of introduced species, many for human benefit or use, since the end of the last ice age. A tiny but significant percentage has survived to become invasive. These are singled out and targeted by Invasive Species Ireland, a scientific unit funded jointly by the Northern Ireland Environment Agency and the National Parks and Wildlife Service.

The unit has faced two complex tasks: assessing the ecological risks of invasive species, and estimating the economic costs of their damage and control. The latter, as now reckoned, are huge – more than €202 million a year for the Republic and €58 million for the North.

Sorting and prioritising the risks was carried out for 377 non-native species recorded in Ireland, and another 342 at high risk of arriving in future. Refined by science-led answers to elaborate sets of questions, they were scored and ranked for impact, high to low.

Of the 46 high-risk species, the most points were scored by the brown rat, native to Asia but here since the early 18th century, joining and almost replacing the black rat. It is closely followed by the “sudden oak death” disease first found here in 2002, and by a swim bladder parasite of eels.

The full list includes some unexpected choices, among them the Indian house crow, Siberian chipmunk, feral ferret and ruddy duck (online at invasivespeciesireland.com).

Some high-risk species have a limited presence and so invite a rapid response; others, such as the Asian harlequin ladybird, a threat to native ladybirds and other insects, still lack solutions for control.

Uncertainties can remain about the balance of good and bad ecological impacts, as in the case of the riverside invader Himalayan balsam, whose beautiful, nectar-rich, scented pink flowers are just now coming to an end and whose pods spray fresh, durable seeds for up to 5m around.

“Balsam bashing” to destroy its stands has been led by the Inland Fisheries Board, partly because the thickets can get in the way of anglers (“impeded casting”) but also because the banks, left relatively bare when they die down, can be eroded by winter floods to smother trout spawning beds with sediment.

On the other hand, its flowers are thronged all summer by precious bumblebees (beekeepers also plant it in their gardens). The final assessment sticks to “major risk” but wants more ecological research.

The economic cost of non-native species, published online in 2013, has many local specifics (clearing gunnera from Clare Island and Achill Island, for example, cost €21,248.28). But the Ireland-wide figures can hold surprises.

No one knows how many rabbits there are in Ireland, but an estimate of 13 million, based on UK densities, supports some €55 million as the annual cost of their appetites. Unspecified “weeds” (Irish wildflowers?) limit crop yields at a cost of €31 million, and farmers spend €40 million on herbicides and pesticides.

Rats, now predicted to flourish even more quickly, chew wires on farms and start fires costing more than €7 million a year, eat harvested grain worth nearly €2 million, and cost more than €5 million for poison baits. Even the resident Canada geese and mute swans are charged for their grazing (€241,000).

Such figures may nourish the decisions of bureaucrats and politicians, but they are little help in mapping the maze of nature’s connections – as in the barn owls that die, all uncosted, from eating poisoned rats.