Report shows greenhouse gas emissions rose by 3.7 per cent between 2014 and 2015 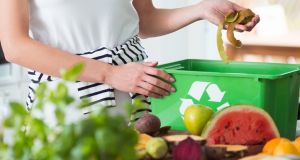 Irish households produce just over a fifth of the country’s overall greenhouse gas emissions but pay for 61 per cent of all environmental taxes, new CSO figures show.

The figures in overview of environmental data published as part of the Central Statistics Office (CSO)’s Annual Yearbook for 2018 .

The report comes just after a Government budget that opted not to increase Ireland’s carbon tax, and a UN report urging immediate action on climate change whose effects are only a matter of years away.

The CSO data – drawing from separate previously published reports on emissions, tax trends and subsidies – shows that greenhouse gas emissions rose by 3.7 per cent to almost 60 million tonnes of carbon dioxide between 2014 and 2015.

The household sector was the third largest contributor to this at 22.1 per cent of emissions production but, in 2017, paid €3.1 billion in taxes, 61 per cent or almost two thirds of the overall environmental tax bill.

Most household taxes relate to a point of final consumption, spending on commodities like petrol, heating oil and car tax.

By comparison, environment taxes levied on the services industry reached €1.5 billion, 29 per cent of the total.

Industry accounted for just €0.43 billion, or 8.3 per cent, while the agricultural sector paid €0.09 billion, just 1.7 per cent, despite being heavily linked to carbon emissions.

The latter’s share had also shrunk since 2007 when agriculture paid a 6 per cent total share, although that only amounted to €0.03 billion.

The CSO breakdown shows that since 2007, households have contributed multiples of the tax amounts levied on industry and agriculture.

In the aftermath of the budget, Minister for Fin\nce Paschal Donohoe defended his decision not to increase the current level of carbon tax, which targets industry, despite concerns regarding climate change.

He suggested it would lead to price increases in other areas such as transport at a time when the State was facing a significant risk from Brexit.

The Green Party has called for a rise in carbon tax to €30 per tonne, from the current €20. The Climate Change Advisory Council has said the tax should be set at €30, rising to €80 per tonne over 10 years.

In the run up to the budget, Taoiseach Leo Varadkar had indicated an increase would be put in place.

“We are very much of the view that if we are going to meet our climate change obligations then we will have to grasp the nettle in increasing the carbon tax over the next couple of years,” he said.

In a report earlier this year, the CSO noted €5.2 billion had been raised in environment related taxes in 2017, the highest level yet recorded.

Energy taxes, mainly those applying to transport fuels, accounted for 62 per cent with another 37 per cent coming from transport including motor tax and vehicle registration tax. Both of those categories are paid for by the consumer and contribute to the household category.

1 More than 30 people queue overnight to secure property in Carlow
2 Hello Eir, is anybody there? Four unhappy customers complain
3 Covid-19: Possible extra restrictions for four counties to be decided by weekend
4 Coronavirus: Further 430 cases reported in State is most in a day since April
5 Trump paid no federal income taxes in 10 of past 15 years – report
Real news has value SUBSCRIBE