Raw sewage being discharged by 38 towns and villages – report 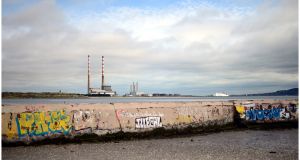 There are 38 towns and villages across the State discharging raw sewage into the environment, according to a new report from the Environmental Protection Agency.

The agency also notes that there are 28 large towns and cities discharging inadequately treated sewage into the environment.

It says Ireland is not investing quickly enough in the infrastructure needed to treat waste water, which is putting public health at risk and poses a continuing threat of pollution in rivers, lakes and coastal waters.

Deficiencies exist in many treatment plants and public sewers due to “a legacy of underinvestment”, and waste water is still entering the environment without receiving sufficient treatment, the agency warns in its Urban Waste Water Treatment report for 2017, published on Tuesday.

It criticises Irish Water for these failings, and concludes it will need to invest at a much faster rate to meet its own commitments on waste water infrastructure up to 2021.

Dr Tom Ryan, director of the EPA’s Office of Environmental Enforcement, said Ireland was not addressing deficiencies in its waste water treatment infrastructure at a fast enough pace. “It’s unacceptable, 13 years after the final deadline to comply with treatment standards, there are still 28 large towns and cities discharging inadequately treated sewage that fails to meet these standards.”

He warned: “This is putting our health at risk and is having an impact on our rivers, lakes and coastal waters.”

Discharges of raw sewage from six urban areas ceased in 2017. Raw sewage from the equivalent of 88,000 people in 38 towns and villages, however, is still flowing into the environment, says the report.

It acknowledges that is not possible to fix all issues with Ireland’s waste water treatment systems in the short term and a long-term strategy is required to address shortcomings. “It is therefore essential that the resources that are available are targeted efficiently in the right areas to deliver improvements where they are most needed,” it adds.

– 28 out of 179 large towns and cities where waste water treatment failed to meet mandatory EU standards set to prevent pollution and protect public health. These account for more than half of the sewage collected in public sewers. The final deadline to comply with the standards was 2005 and Ireland is before the EU Court of Justice for breaching these requirements.

– 38 towns and villages discharging raw sewage. The EPA has prosecuted Irish Water for delays in providing treatment plants at six of these areas.

– 57 areas where waste water discharges are the sole environmental threat to rivers, lakes and coastal waters at risk of pollution.

– 15 areas where improvements are needed to protect critically-endangered freshwater pearl mussels or to safeguard shellfish habitats.

Capital expenditure on waste water infrastructure in 2017 was €215 million, up from €172 million in 2106. “Irish Water will need to invest at a much faster rate to meet its commitment to spend an average of €326 million each year on waste water infrastructure between 2016 and 2021. It is important to target this investment efficiently in the right areas to deliver improvements where they are most needed,” the report says.

Irish Water on Monday said it was on track to deliver its investment plans “which will result in no areas in the country having any form of untreated wastewater discharge by 2021”. Since 2014 it had upgraded or built new waste water treatment plants in 55 locations including 12 towns where raw sewage was going directly into the water.

An Irish Water spokeswoman said it was prioritising locations that were not compliant with EU standards and also focusing on locations with no treatment of raw sewage and other locations “where we need to improve existing treatment”.