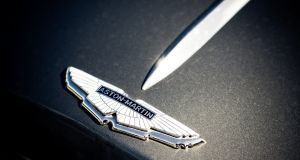 Aston Martin has called a board meeting for Thursday evening that may lead to it deciding between two potential investors in an emergency fundraising to help prop up the struggling luxury carmaker.

Chinese carmaker Geely and Canadian billionaire Lawrence Stroll are both proposing to invest about £200 million (€238 million) for a fresh 20 per cent stake in the business and a place on Aston’s board.

The decision over which one will end up investing in Aston is likely to come down to what the new parties bring to the carmaker beyond their funding, which in itself will be a lifeline for the business.

Geely wants a technical partnership with its other brands such as Lotus, while Mr Stroll is interested in the Formula 1 possibilities of an Aston relationship, two people said.

An announcement may come as soon as Friday morning, although it is possible the board discussions will run over into the weekend, delaying a result until next week, one person cautioned.

If Mr Stroll is successful, he will instigate a boardroom shake-up that will lead to the departure of Aston’s chairman Penny Hughes, who was appointed in the run-up to its ill-fated initial public offering two years ago.

Mrs Hughes, a former Coca-Cola executive, has been in the company since September 2018, a month before the company’s IPO.

Shares have fallen by three quarters since the listing amid falling profits and a sales slowdown, forcing the company to raise fresh debt several times and seek a new outside investor.

Both potential investors are planning to structure any deal so that Aston receives a small amount of cash straight away – not the full investment amount – while the equity issue is completed, a process that may take several weeks, according to three people.

A spokesman for Aston Martin declined to comment. Representatives for Geely and Mr Stroll did not respond to request for comment.

In a trading update earlier this month, Aston said it “remains in discussions with potential strategic investors, which may or may not involve an equity investment into the company”.

An injection will be a lifeline for Aston, which has been forced to tap the debt markets at increasingly expensive borrowing levels in order to refinance the business amid a sharp fall in profits and higher investment levels.

Earlier this month Aston issued its second profits warning within a year, saying that earnings for 2019 will be £130 million to £140 million, a third lower than the £200 million expected by analysts, while margins will be 12.5 per cent to 13.5 per cent, compared with already lowered expectations of 20 per cent.

The group has been seeking fresh investment for several months in an attempt to bring fresh capital into the business. It raised $150 million in debt last year, and plans to draw down an additional $100 million, it announced earlier this month.

The company has pinned its hopes on the DBX, its first sport utility vehicle, which will take the brand into one of the fastest growing and most profitable segments in the global automotive industry. – Copyright The Financial Times Limited 2020