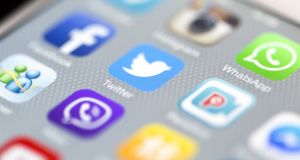 Have you noticed anything different about your Twitter timeline lately? Not the new replies feature that gives you the full 140 characters back for conversations - that’s a recent implementation too - but rather the absence of the anonymous egg avatars. That’s because Twitter has replaced the default egg picture, now associated with trolls and more obnoxious, abusive accounts, with a gender neutral figure.

The egg has been around since 2010, replacing the bird that only managed a one-year tenure, so it’s had a good run.

In a blog post, Twitter’s design team explained the thinking behind the change - encouraging people to upload their own pictures to personalise their accounts.

“Last year we refreshed our brand, with a new look and feel highlighting the diversity and expressiveness of the people around the world who make up the Twitter community, in all its color and vibrancy. As part of our work to bring these ideas into the product, we realised it was time to change the default profile photo, to help prompt more self-expression,” the post said.

Although some people were keeping the default photo because it was “fun and cute”, the design team said there were other considerations.

“We’ve noticed patterns of behaviour with accounts that are created only to harass others – often they don’t take the time to personalise their accounts,” the post said. “This has created an association between the default egg profile photo and negative behaviour, which isn’t fair to people who are still new to Twitter and haven’t yet personalised their profile photo.”

Twitter has been taking steps to try to curb harassment on its platform, including identifying abusive patterns of behaviour before they are reported by users and limiting the reach such accounts have.

It’s an ongoing battle, but one in which Twitter chief executive Jack Dorsey thinks Twitter is starting to see progress.

4 Will income taxes have to rise to pay for Covid-19 crisis?