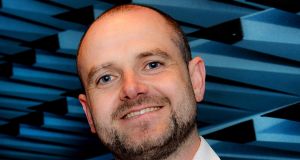 Chief executive of Arralis Barry Lunn: “There is always money if you have the right product and the right market.” 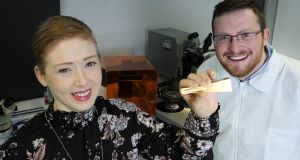 Irish tech firm Arralis, has secured a €50 million investment from a consortium of Hong Kong-based investors that will allow the company to expand its operations and add up to 25 new jobs.

The investment will see the company, based at University of Limerick, move into mass production of its products, which will give it the ability to secure bigger sales.

Arralis, which achieved profitability in 2016, is developing products that are considered the future of global radar and wireless communications. Using high millimetre-wave (mmwave) technology that forms the foundations of 5G communications, its products have applications in self-driving car technology and satellite technology among other industries.

The high frequency and short wavelength allows for higher resolution radar and will allow the size of components to be scaled down to a fraction of the size of the current ones.

The company’s chief executive, Barry Lunn, said the low frequency used for current communications radar was a case of “too many cars, not enough road”, but said the new technology had more space available.

Arralis was voted “Innovation of the Year” at the 2016 Irish Times Innovation awards, along with being named the IT and Telecommunications category winner.

The identity of the new investors is not being made public, but previous backers, including Enterprise Ireland, Kernel Capital and ACT, have exited as part of this round.

“It was inevitable from day one that we would hit a stage when we would need this level of investment, due to the type of product we do,” explained chief executive Barry Lunn. “There is always money if you have the right product and the right market.”

Established in 2013 by Mr Lunn and chief technology officer Mike Gleaves, Arralis has already won contracts with the European Space Agency, the UK Ministry of Defence, and Beijing Bluesky Aviation Technology and Sino TekCo in China.

Part of Arralis’s selling point is making the technology accessible, through a plug-and-play model that integrates the chips.

The company is also focusing on developing data transfer solutions for the Ka band of frequencies (26-40Ghz), which are commonly used in telecommunications satellites. That potentially opens the company up to projects from companies such as Facebook and SpaceX. Although Arralis technology will continue to be deployed on satellites, each satellite also requires millions of devices on earth to harness the wireless communications leap these constellations enable.

The development, design and assembly of Arralis’s products is done at its Irish operation, which stands to benefit most from the planned recruitment drive, although some jobs will be created internationally. The company is seeking to fill highly specialised engineering, sales and marketing positions.

“There are 25 positions we need to urgently fill, and it will grow from there,” Mr Lunn said, adding that the ability to recruit would be limited by availability of engineering expertise.

The company currently employs 20 people, most of whom are in Ireland.

He said the company’s plans to expand into Hong Kong included having its own supply chain there.