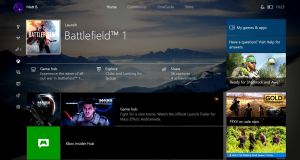 Less than a year after acquiring Twitch competitor Beam, Microsoft has released Beam Streaming, as part of the first major Xbox One update of 2017. Beam is an interactive livestreaming service that allows users to both watch and play along with game streamers in real time. It is now an integrated part of the Xbox One dashboard and will automatically work with the Kinect cam and microphone.

As the update rolls out, fans seem to be impressed, tweeting about how Beam is both “ridiculously easy” to set up and “leagues better than Twitch”. On the other hand, the new Xbox One update is rubbing some gamers up the wrong way, as some complain that it broke the option to navigate hands-free and open apps using voice controls.

However, one feature that couch potatoes will thank Microsoft for is the health reminder that periodically flashes onscreen, reminding gamers to “get up and stretch every once in a while”. Users can set this reminder to notify them to both move about and get some nutritious snacks every few hours.

1 How much state pension will I get next year?
2 Ulster Bank to introduce new card payment controls on app
3 Oxford Covid vaccine trials offer hope for elderly
4 Apple planning updates to its AirPods earbuds next year
5 Retailers accused of ‘stealing business’ from rivals by flouting restrictions
Real news has value SUBSCRIBE