Ireland sets EU policy; Tax take to fall; and Krispy Kreme in the heart of Dublin 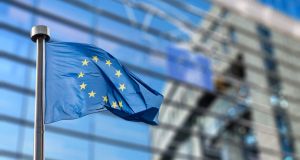 The European Union is shaping its Covid economic policy on the back of Ireland’s experience in the recession following the financial crash, according to Minister for Finance Paschal Donohoe. Europe Correspondent Naomi O’Leary interviews the recently-elected head of the Eurogroup.

The numbers paying tax at the top rate in Ireland next year will fall due to the Covid crisis, according to the Revenue Commissioners, but not by as much as it previously feared. Fiona Reddan writes that there will also be a rise in the number falling out of the tax net altogether.

In her column, she asks whether middle Ireland – largely untouched financially by the crisis if income tax receipts are to be believed – will face higher taxes as the exchequer looks to cover the cost of Covid in future years.

Microsoft Ireland’s boss Cathriona Hallahan is stepping aside after eight years in a job that made her one of the highest profile women in Irish business, writes . Ciarán Hancock.

Sticking with technology, results for Google’s Irish business show that it made close to €1.95 billion out of search last year on turnover of €45.7 billion. Charlie Taylor has the details.

Krispy Kreme, the US doughnut chain, has announced it will open a second Irish branch in the redeveloped former Central bank headquarters on Dublin’s Dame Street, writes Ronald Quinlan.

Speaking of the Central Bank, minutes of a recent meeting show that it has offered the HSE space in its currency centre in Sandyford to help the State’s Covid track and trace effort. Eoin Burke-Kennedy writes that some bank staff would be reallocated to the effort.

A new report from the ESRI says that men in the Civil Service feel there is bias against them when it comes to promotion even though an analysis of the process shows no such discrimination against them. Eoin-Burke-Kennedy reports.

Also in Milltown, Rohan Holdings is to extend its reach beyond the development of industrial space and office accommodation to the private rented sector market as it prepares to set to pay around €7 million for the site of the former Murphy & Gunn BMW dealership.

And Maynooth academic Dr Rory Hearne says it’s time for the State to play its part in solving the housing crisis by building itself rather than relying on the private sector.