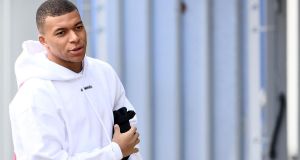 With Ireland about to be placed under Level 5 Covid-19 restrictions, it is now expected elite sport will be allowed to continue - including the intercounty GAA season. This is despite statements from Leo Varadkar last week which suggested the football and hurling championships would not be allowed to take place under Level 5. The GAA are expected to release a statement later today, after considering the Government’s announcement of increased restrictions for the next six weeks. And, as Seán Moran writes this morning: “The likelihood is that the games will proceed after just resuming last weekend with a round of league football matches.” Meanwhile following the resumption of the Allianz Football Leagues, here is a look at the current state of play in all four divisions as the relegation and promotion pictures become clearer.

Despite the impending Level 5 restrictions the professional rugby season is also set to continue, with the 2020 Six Nations finally resuming this weekend. Andy Farrell’s Ireland take on Italy in Dublin on Saturday (kick-off 3.35pm), before they travel to play France in Paris on October 31st. And this morning Gerry Thornley has given a refresher course on the current state of play in the postponed Championship, with Ireland still having slim hopes of lifting the title. If they are going to do so however, they will be without Tadhg Furlong, Dave Kilcoyne and Iain Henderson as well as Jordan Larmour - Leinster confirmed yesterday the 23-year-old is facing four months out after dislocating his shoulder.