What issues will dominate Irish education in 2019?

Leaving Cert reform, compulsory Irish and sex ed will be key issues in the coming year 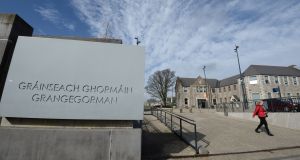 Classrooms in the run-up to the Leaving can resemble military training grounds where students are drilled to produce perfect answers to potential questions based on marking schemes. Students are stressed, teachers have little choice, creativity suffers.

Much of this dilemma lies at the heart of the National Council for Curriculum and Assessment (NCCA) senior cycle review.

It is due to get serious this year when it focuses on subject choice, pathways to further or higher education and learning outcomes. A discussion document is due in the coming months and proposals could be on the Minister’s desk by the end of the year.

Hands up who knows Ireland’s largest third-level institution? It’s Technological University Dublin, formed from the merger of DIT, IT Tallaght and IT Blanchardstown, with some 28,000 students.

Technological universities hold the promise of greater scale and strength – though whether they amount to more than an elaborate name-plate change remains to be seen.

Richard Bruton’s tenure in education was marked by detailed action plans, vaulting ambition and a flurry of reforms. Principals and teachers, though, were fed up with “initiative overload”.

Since Joe McHugh took over, the former teachers had read the mood. Gone are the quarterly targets and outcomes; in their place is a greater focus on consultation and consensus. Expect fewer circulars and more steady change over the year ahead.

While English became the first subject to be tested last year, science and business studies join the club this year; followed by foreign languages and art next year.

It’s a big challenge for schools, which will have to grapple with more classroom-based assessments and teacher meetings to discuss grades and learning outcomes. Teacher union grumbling can’t be too far behind.

We have had a decade of inadequate investment and an abysmal failure of successive governments to address how we can sustainably fund a system so central to the success of individuals and wider society.

While the system is keeping its head above water, Irish universities are being left in the slipstream of rival jurisdictions such as China, which are benefiting from massive investment. Expect our universities to demand more funding or less control by the Government over staffing numbers or salary caps. Whether policy-makers will act is another matter.

Teacher shortages at primary level – mostly linked to a shortage of substitute cover – should begin to ease soon.

At second level, though, it will continue to be a major issue in key subjects: pupils across many schools are being left without qualified teachers in Irish, science, foreign languages, maths and other subjects. An obvious solution is sharing teachers across schools, even if some patrons and management bodies baulk at the prospect.

The career guidance profession suffered harsh cuts during the austerity years and it may now face a new threat: a Department of Education review of career guidance.

Guidance counsellors argue their position is crucial to protecting pupils’ wellbeing and steering students on the right career pathway. Employers grumble that counsellors are too often out of touch with latest developments.

Will the role of guidance counsellor as we know it survive? Much may hinge on the outcome of this review.

Anxiety levels among pupils are reaching alarming levels. While hard to say for sure what’s behind it – always-on social media or time-pressed families may all have a role – the scale of it is beyond doubt.

Teachers can’t be expected to act as professional counsellors, but we will need better access to mental health supports. Pilot projects being trialled this year that provide school-based access to therapy will be watched closely to see if they offer a blueprint for responding to these and other issues.

Compulsory Irish up for debate

A consultation is taking place on how to build a fair exemptions system for Irish. But the system is so full of holes it raises the wider issue of whether Irish should still be compulsory.

The NCCA’s senior cycle review is likely to throw up this issue later this year. Expect debate over this sacred cow of Irish education to reignite once again.

Should schools be allowed to use their ethos to prevent pupils having access to objective sex education? It’s a question that goes to the heart of concerns over the standard of advice available to pupils in religious-run schools.

The Oireachtas education committee is set to back legal change to oblige all schools to provide access to fact-based sex education regardless of school ethos.

If policy-makers are brave enough, this could signal another major shift in the State wresting back control from religious groups on education matters.

Joe McHugh jokes that when he took on his new brief as minister for education last October, he learned to become a quantity surveyor, a brickie and a hod-carrier within hours of his appointment.

While temporary repairs were rushed in a few schools, the issue hasn’t gone away. More detailed assessments on 42 schools will get under way this year. While no one knows for sure what will emerge, there is one certainty: the remediation bill will get bigger and bigger.

On paper, it’s a no brainer: new apprenticeships offer students a chance to earn a decent wage, secure a degree and get a job at the end of it. A key barrier remains the “status problem” with further education: most parents prefer their children to go to higher education.

Solas, the body with responsibility for the sector, is beginning to make progress building stronger pathways between further and higher education. This could well be the key to tackling the status issue.It shouldn’t be a surprise if record numbers opt for apprentices in the coming year.

Graduates
The economy has rebounded and skills shortages mean graduates in key areas are in high demand. Computer science grads are best paid (with most earning up to €45,000 within months of leaving college) and have the highest employment rates.

Rebecca Carter
The Leaving Cert student from Co Wexford successfully argued that delays in the State Examinations Commission appeals process meant she would miss out on her veterinary science place in UCD. The High Court agreed with her – and many other students now stand to benefit from a speeded-up appeals system.

Healthy children
Despite concerns, latest figures show the vast majority of nine-year-olds are not overweight or obese and have a generally good diet; children are eating more fruit and vegetables than they did a decade ago. The proportion of children reported as “very healthy” is on the rise.

Higher Education Authority
The State regulatory body for higher education lost its chief executive, Dr Graham Love, who stood down over what sources described as “micromanaging” by the department.

Western Building Systems
Inspections revealed that remedial work was required to make safe some of the schools it built for the Department of Education. Considerable sums have been spent on temporary repairs; more detailed structural assessments on a total of 42 schools will get under way during the coming year.

Kildare and Wicklow Education Training Board
The findings of an investigation into the spending of taxpayers’ money at the board have been referred to the Garda for further investigation. An investigation commissioned by the Department of Education was highly critical of the board and its then chief executive’s handling of a range of issues, such as the disclosure of family ties to companies hired by the organisation.