Just 1% of Traveller children go on to higher education 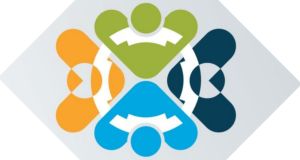 The National Plan for Equity of Access to Higher Education has set a target of raising the number of Travellers at third level to 80 by next year, but concedes it may be difficult to achieve this. Image: Higher Education Authority

Just 1 per cent of Traveller children progress to third-level education compared with more than half of the wider community, latest figures show.

The finding is contained in a review of the Government’s plan to boost numbers of marginalised groups in the higher-education system.

Overall, the report shows significant progress in increasing participation from people with disabilities and from disadvantaged backgrounds at third level.

However, considerable gaps remain, with just 41 Travellers out of a total of about 250,000 people in higher education.

The five-year National Plan for Equity of Access to Higher Education (2015-2019) has set a target of raising the number of Travellers at third level to 80 by next year, but concedes it may be difficult to achieve this.

Elsewhere, there has been strong progress in meeting or exceeding targets with other underrepresented groups.

The proportion of students with disabilities has grown from 6 per cent in 2015 to 10 per cent last year. This is well ahead of the 8 per cent target the Government had set for next year.

Similarly, the proportion of students from less well-off “semi/unskilled manual worker groups” has grown from 26 per cent in 2015 to 36 per cent last year. This is also ahead of the Government’s 35 per cent target set for next year.

The proportion of students from the poorest unskilled socioeconomic group has grown at a slower pace, up from 23 per cent to 27 per cent last year.

The number of children from disadvantaged (Deis) schools progressing to third level is also on the rise, up from 12 per cent in 2015 to 13.5 per cent last year.

However, the proportion of mature students in full-time education has fallen, down from 13 per cent in 2015 to 9 per cent last year. This is well off the Government target of 16 per cent.

Overall, there has been a 4 per cent increase in participation rates at third level since 2015, up from 51 per cent to 55 per cent last year.

When broken down by individual counties, participation rates in places such as Dublin, Kilkenny, Roscommon, and Wexford respectively largely mirror the State average increase.

However, counties such as Kerry, Limerick, Offaly and Sligo each returned considerable increases of about 10 per cent.

The report highlights a range of challenges in making further progress, especially in forging stronger pathways from further education and training to higher education.

It also notes that progress has been limited in respect of the development of access and foundation courses.