Gaeltacht education budget will double to almost €5m in 2019 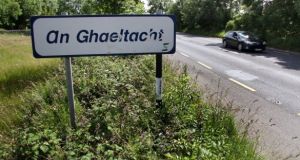 Spending on Irish language education in Gaeltacht areas will double to almost €5 million next year, according to Minister for Education Joe McHugh.

The funding supports the Gaeltacht School Recognition Scheme in native speaking areas where the language is under threat.

The scheme, established as part of the five-year policy on Gaeltacht education 2017-2022, encourages schools to achieve recognition over a five-year period as Gaeltacht schools teaching through the medium of Irish.

The first inspectorate report showed improvements in the use of Irish by students outside class and that “early-immersion education is being implemented in junior and senior infants in almost all primary schools participating in the scheme”.

A total of 105 primary schools and 28 post-primary schools participate in the scheme. The report is based on self-evaluation made to inspectors on advisory visits between September and December this year.

The language is under threat in Gaeltacht areas for varying reasons including a growing non-Irish speaking population and English language media and social media.

Following a focus by schools on speaking Irish outside the classroom, more post-primary schools reported “small changes in students’ language behaviour, particularly the use of Irish among first-year students, transition-year students and between students and teachers in a few schools”.

“It is tremendously encouraging that early-immersion education is being implemented in almost all schools in the Scheme.”

The Minister acknowledged that schools were experiencing difficulties in recruiting teachers with suitable proficiency in the Irish language to teach different subject areas, especially in remote areas. He hoped a new pilot online initiative would “provide support for post-primary schools interested in accessing subjects through the medium of Irish using online teaching and learning approaches”.

He said that one objective was to get young people using the language and making it relevant to their lives. “There is valuable guidance and advice in the Inspectorate report to continue to move the implementation process forward so that we can be proud of the efforts made by Gaeltacht schools in supporting our national language and heritage. As it is said, “Beatha teanga í a labhairt” (The life of a language is to speak it).”

He added that “a key commitment in the Policy on Gaeltacht Education and the five-year action plan for Irish is the implementation of the scheme. Spending on Gaeltacht education will double to almost €5 million in 2019.”