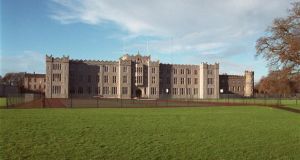 Clongowes Wood College: The second most expensive boarding school in Ireland at €19,890 a year.

Irish boarding schools are benefiting from a “Brexit bounce” as increasing numbers of overseas families choose to educate their teenage children in Ireland rather than the UK.

Fee-paying schools say more Spanish and German families, in particular, are choosing boarding options for their children in recent times.

Following Brexit, Irish boarding schools will be one of the few options within the European Union for overseas families who want to educate their teenage children through English.

Enrolment in private schools in general, meanwhile, is on the rise as parents’ incomes return to boom-time levels, new figures indicate.

Most fee-paying schools in the south Dublin area are now over-subscribed and say they have long waiting lists for day pupils.

An Irish Times survey shows the most expensive boarding school this year remains St Columba’s in Whitechurch, Dublin, which charges up to €22,800.

For day pupils, Nord Anglia International School Dublin – which opened last September – is the country’s most expensive school, charging fees of up to €24,000 a year.

It is aimed at the children of mobile executives and teaches children the International Baccalaureate rather than the State curriculum.

Many of these schools report that they now have long waiting lists for prospective pupils.

“You can ring any south Dublin day school and they’ve got waiting lists and they’re inundated.”

Among boarding schools, there is increased interest in so-called day-boarder options, where pupils can avail of meals and supervised study before returning home.

Schools such as Glenstal Abbey in Co Limerick and Cistercian College in Roscrea, Co Tipperary, in particular, have seen increased enrolment since offering these options.

Most fee-charging schools, meanwhile, have increased their fees this year by 1-10 per cent. Typical day pupil fees now range from €3,500-€7,000.

Fees for Irish private schools are highly competitive compared with the UK, where charges are typically several times higher.

This is due partly to the fact that the salaries of most teachers in Irish private schools are paid for out of the public purse at a cost estimated to be about €90 million.

These State subsidies were reduced during austerity-era cost-cutting which saw fee-paying schools given a worse pupil-teacher ratio (23:1) compared with schools in the free scheme (19:1).

This was on the basis that private schools could use their own resources to hire additional subject teachers or ancillary staff.

A report commissioned by the then minister for education Ruairí Quinn into the income of private schools, published in 2013, estimated that they had more than €80 million extra a year to invest in additional support and facilities for their pupils thanks to the income from fees.

While there have been calls from some Opposition parties for State funding of teachers’ salaries in private schools to cease, a spokeswoman for the Department of Education estimated this would end up costing the taxpayer at least €23 million.