InsideSales.com’s $50m fund round in 2017 was supported by ISIF 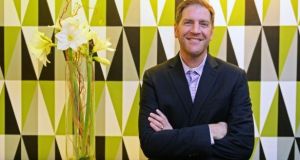 A US tech firm in which the State is a backer, is being tipped to go public after this week securing an additional $35 million in funding from Microsoft.

Predictive analytics company InsideSales.com, valued at more than $1 billion, is in the process of creating more than 100 jobs in Ireland.

Headquartered in Provo, Utah, the firm last year raised $50 million from investors, including the Ireland Strategic Investment Fund, the State body controlled and managed by the National Treasury Management Agency.

InsideSales.com this week secured an addition in funding from Microsoft, one of the company’s long-term backers, as a Series D extension to bring total funding to date to more than $250 million.

InsideSales has developed a sales tracking platform built on Neuralytics, a predictive and prescriptive self-learning engine. More than 80,000 salespeople across 2,000 companies use the technology, with clients including Groupon, Fidelity, Microsoft, Marketo, Sprint and fellow Utah firm Qualtrics.

Speaking to the Wall Street Journal this week about the Series D extension, chief executive and founder Dave Elkington said the company was prepping to reach IPO scale, but said the deal also opened up opportunities with strategic partners.

InsideSales does not disclose revenues, but Mr Elkington told The Irish Times in 2017 that he expected annual turnover to surpass €1 billion within five years.

The Ireland Strategic Investment Fund, which was established in 2014, is an €8 billion sovereign development fund that succeeded the National Pensions Reserve Fund. Its mandate is to invest in a manner designed to support economic activity and employment in Ireland.

The organisation is due to publish its annual review for 2017 next week.