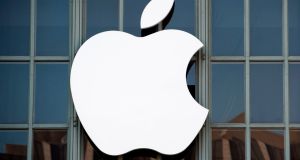 Apple said on Wednesday it expected to pay a $38 billion (€31 billion) tax bill – the largest of its kind ever – as it repatriates overseas cash, most of it once held by Irish subsidiaries, to the United States.

The figure suggests the iPhone maker plans to transfer all of its $252 billion of cash held outside of the US. Most of this was held by an Irish arm before the group moved the residency of that unit to Jersey at the end of 2014. That move was a result of tax law changes in Ireland in 2015, meaning Irish-registered companies could no longer be “stateless” for tax purposes.

While US tax reforms, signed into law by President Donald Trump last month, cut the country’s main corporate rate from 35 per cent to 21 per cent, it introduced a one-time cash repatriation tax of 15.5 per cent.

A spokeswoman for the Department of Finance said on Wednesday that the Government had no indications that Apple’s cash-repatriation plan would affect its plan to collect up to €15 billion of back taxes and interest – under European Union orders – from the technology giant. A spokeswoman for Apple was not immediately in a position to comment.

Earlier on Wednesday, Taoiseach Leo Varadkar signalled that the Government – which is obliged to collect the Apple money even though both it and the US group are appealing a 2016 EU decision that the taxes are owed in the first place – does not expect to start collecting the money until the second quarter of this year.

The Irish Times has previously reported that the new US tax rules would mean there was little financial advantage for Apple in fighting the controversial European Commission ruling that it must pay up to €15 billion in back tax to the Republic.

This is because the rules would require tax to be paid either in the US or here. Wednesday’s announcement thus means the only benefit in appealing the commission’s ruling would be in escaping interest and penalties attached to it.