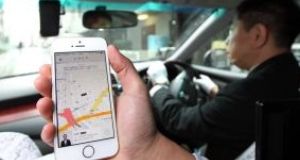 Uber had already started to leave some of its biggest emerging markets towards the end of the tenure of Travis Kalanick, the company’s controversial chief executive who was ousted in June

Uber’s largest shareholder has called for the car-booking company to focus on recovering market share in the US and growing in key European markets, a strategy that would end the founders’ original vision of building a transport service “everywhere, for everyone”.

Rajeev Misra, a board director of Japanese technology conglomerate SoftBank – which became Uber’s biggest shareholder on Thursday, with the formal closing of a $9.3 billion investment – told the Financial Times that the transportation group had a faster path to profitability if it returned to its core markets such as the US, Europe, Latin America and Australia.

Mr Misra, who will join Uber’s board as part of the deal, insisted that exiting unprofitable countries was not solely about cutting its losses, which hit $1.5 billion in the third quarter of 2017, but that growth prospects were more promising in its core markets.

“This is a growth company, this is not just about them cutting their losses,” he said. “Who cares if they lost a billion more or half a billion less?”

Uber had already started to leave some of its biggest emerging markets towards the end of the tenure of Travis Kalanick, the company’s controversial chief executive who was ousted in June. It sold its China business to rival Didi Chuxing in 2016, and merged its Russia business with local technology group Yandex shortly after Mr Kalanick’s departure.

However, Uber is still locked in expensive wars of attrition in India with local rival Ola and in southeast Asia with Grab.It lost market share in the US to rival Lyft last year.

SoftBank is already a major investor in several of Uber’s competitors – holding a 20 per cent stake in Didi, and a 30 per cent share of Grab – and its backing of the US company will complete its collection of ride-hailing themed investments.

SoftBank’s backing triggers a range of governance changes at the company and will give Dara Khosrowshahi, Uber’s chief executive, more control as he tries to turn the company round. SoftBank owns 15 per cent of the company’s shares after the transaction, while a consortium of other investors bought 2.5 per cent in the same deal.