Cost to State of fighting Apple judgment rises above €4.6m 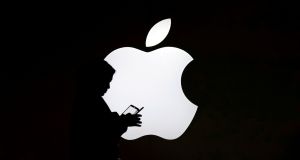 The costs involved in fighting the case for Ireland to take up to €15 billion in tax from Apple have now risen above €4.6 million.

Legal bills, tax advice, and translation costs have climbed substantially over recent months with a single legal firm having been paid close to €2 million.

The final tally for 2017 was €2.8 million as the Department of Finance finalised plans to place the Apple money in an escrow account.

By far the biggest bill has been for commercial legal advice from legal firm William Fry.

William Fry has been paid €1.947 million, according to records released under the Freedom of Information Act, with €1.74 million of that spent in the last year alone.

The next largest bill was from PricewaterhouseCoopers Belgium, which has charged €595,400 for advice on tax and transfer pricing.

Three individual lawyers have been paid over €300,000 each for their expertise, the records show.

Former attorney general Paul Gallagher was also taken on as a legal adviser last year and paid €160,914 for his expertise.

Former judge John Cooke was also retained for advice by the Department of Finance, and was paid €19,205 over the past two years.

Six more lawyers were also paid fees ranging from just under €4,000 to almost €80,000, according to records from the department.

Four other tax advisers were also employed at various stages on the case. One of them, Richard Collier, was paid €51,691 last year, while Baker McKenzie was paid €77,368.

The cost of translating documents related to the cases has been almost €50,000, with three separate firms or individuals hired at various stages.

The largest amount was paid to Eurotext, which received €43,608 for its translation work.

A spokesman for the Department of Finance said: “This case has involved a significant degree of legal and technical complexity and additional expertise has been engaged where required.

Among the complexities are the fact that the European Commission’s estimate of a €13 billion tax bill is not necessarily the exact final figure, with many expecting the final bill to reach €15 billion.

The department said that “the precise sum is to be calculated . . . which is then subject to interest.”

The money must then be placed in an escrow account with proceeds only released when there is a final determination in the European courts.

The spokesman said: “Significant progress has been made on this complex issue and the establishment of an escrow fund, in compliance with all relevant . . . requirements, is close to completion.

“Officials and experts from across the State have been engaged in intensive work to ensure that Ireland complies with all its recovery obligations as soon as possible.”

They said Minister for Finance Paschal Donohoe had brought a memo to Cabinet on Tuesday on the “bespoke escrow arrangements” for the fund.

The spokesman explained: “Minister Donohoe gained agreement from Government to sign the escrow framework deed, which is the overarching contract with Apple that governs the escrow fund.”